The Cardano Developer Portal was launched on July 12 by the Cardano Foundation. A tweet was used to celebrate the portal’s debut. The platform’s purpose, as per the tweet, is to make Cardano development simpler by providing “fresh new material and tools.”

This included the capacity to incorporate Cardano into websites and apps, the capacity to create NFT and tokens without using smart contracts, and the capability to trace transactions using metadata. The team created the very first Non-Fungible Tokens of Appreciation (NFTAs) on the Cardano network to commemorate the release.

“We are convinced that the site currently has a very robust foundation, encompassing all that is presently offered on the Cardano mainnet, after months of authoring, refining, and checking. Has something for just about everyone, whether you’d like to incorporate transaction metadata, create native tokens, incorporate Cardano, run a stake pool, or get your venture financed. All of this occurs just prior to the Alonzo hard fork, which will enable smart contract functionality. So, sure, I’m ecstatic,” Tommy Kammerer, Developer Community Lead, adds.

It’s finally here! And we are accepting all builds 🙌

The 10 NFTAs are all centered on Cardano community members’ thumbs-up photographs indicating their appreciation for the newly opened platform. They include a QR code that, when scanned, takes the user to the Cardano blockchain explorer, where they may validate token status.

The tokens also provide the holder the ability to spotlight an issue on the programmer platform of their preference. The Cardano Foundation’s head of brand and communications, Sidney Vollmer, further stated:

“Both the breadth of topics discussed on the Portal and the manner in which we are marketing them with any of these NFTAs demonstrate Cardano’s incredible potential. This is something that a large number of people are still getting used to. They will, with the support of our community.”

The utilization of the network’s identity administration and tracking capabilities to construct a student and teacher registry in Ethiopia is an illustration of a practical, actual application of the network’s identity management and tracking capabilities. Ethiopia’s government announced in April 2021 that it had reached an agreement to create a national database of 5 million instructors and pupils.

Individual IDs for students and instructors from 3,500 schools will be established utilizing a decentralized digital identification system for the purpose of preserving and tracking educational information. Getahun Mekuria, the Minister of Education, expects that the database would boost the country’s educational quality. After 2022, the project is scheduled to be finished. 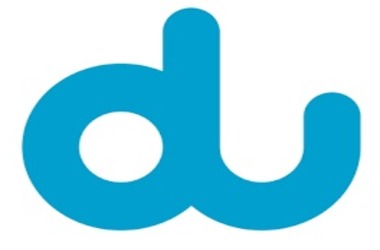