Former Prime Minister of Canada, Stephen Harper, opined that Bitcoin (BTC) and even central bank digital currencies (CBDC) could have a place in the reserve currencies and might even act as a substitute to the greenback.

While speaking with Jay Martin of Cambridge House, which offers investment related services, at the Vancouver Resource Investment Conference, Harper stated that the likelihood of the greenback being substituted could only happen only through a powerful currency such as the Chinese yuan or the euro dollar.

However, he conveyed his reservations on whether they could become a feasible substitute to the US dollar because of the uncertainty about the value of the euro in the long-term and the “arbitrary” steps often taken by Beijing to artificially adjust the value of the yuan:

“It’s hard to see what the alternative is to the U.S. dollar as the world’s major reserve currency. Other than gold, Bitcoin, a whole basket of things […] I think you’ll see the number of things that people use as reserves will expand, but the U.S. dollar will still be the bulk of it.”

The ex-prime minister stated that he believes central bank digital currencies (CBDCs) is a necessity to some extent, but is subject to monetary policy across the globe. Harper stated that he was worried about central banks turning into a some form of “general banker” instead of functioning as a financial monitoring authority, a change that could have an impact on the launch of CBDC.

Harper stated “Ultimately, if you have a digital currency and the purpose of the central bank is to control inflation and create a stable currency and priceability, then digital currency is just kind of an evolution of the marketplace. But if it’s part of a series of what I think are wild experiments as to the role of central banking, then it worries me a lot.”

For nine years i.e. from 2006 to 2015, Harper served as Canada’s Prime Minister. Adoption of cryptocurrency and blockchain has increased considerably since the departure of Harper, with Canada receiving its initial regulated cryptocurrency exchange in September. As per Timothy Lane, Bank of Canada’s deputy governor is also working towards the creation of a CBDC. 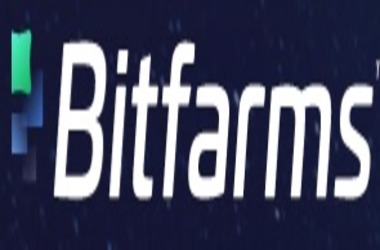