Bitcoin’s stupendous rally might have given a premium to the price projected by the model and the 28% correction seen last week made the market nervous, but steep price declines and short-term consolidations are characteristics of bull markets. The model centralizes on the price effect of Bitcoin halving events that slices the quantum of newly generated Bitcoin per block by 50% once in four years.

As per the model, the effect of declining Bitcoin’s supply is seen almost 6 months after every halving event. When the price of Bitcoin halved on May 11, 2020, the price was about $8,000, and after six months, Bitcoin had shot above $15,000 and on the edge of entering into a parabolic uptrend.

The chart above indicates the step-by-step rise in the price of Bitcoin, following the halving event. A comparable pattern was seen in the last two halvings, but with a varying time period. The prevailing price movement of Bitcoin seems to be between the 2012 market 2016 cycles, which has the capability to take the price of Bitcoin to $300,000 – $400,000 range in roughly 450 days soon after the recent halving or about August 4.

Another considerable deviation between the current rally and that of 2017 is that the overall market composition is different, and also the location of value. In the present rally, a major portion of value sits on Bitcoin and Ether (ETH) as institutions prefer to enter via proven blockchains into the crypto domain. 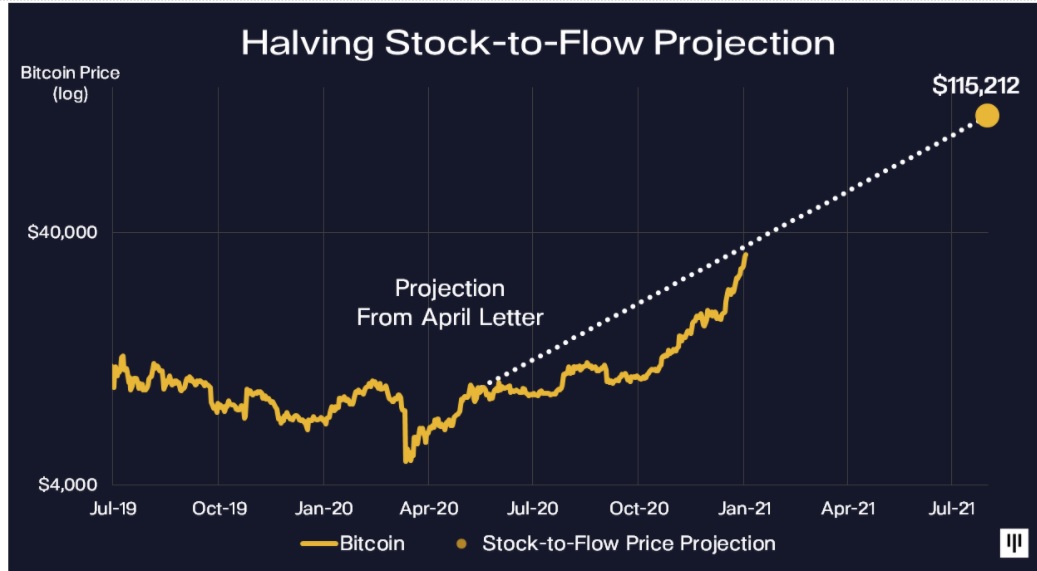 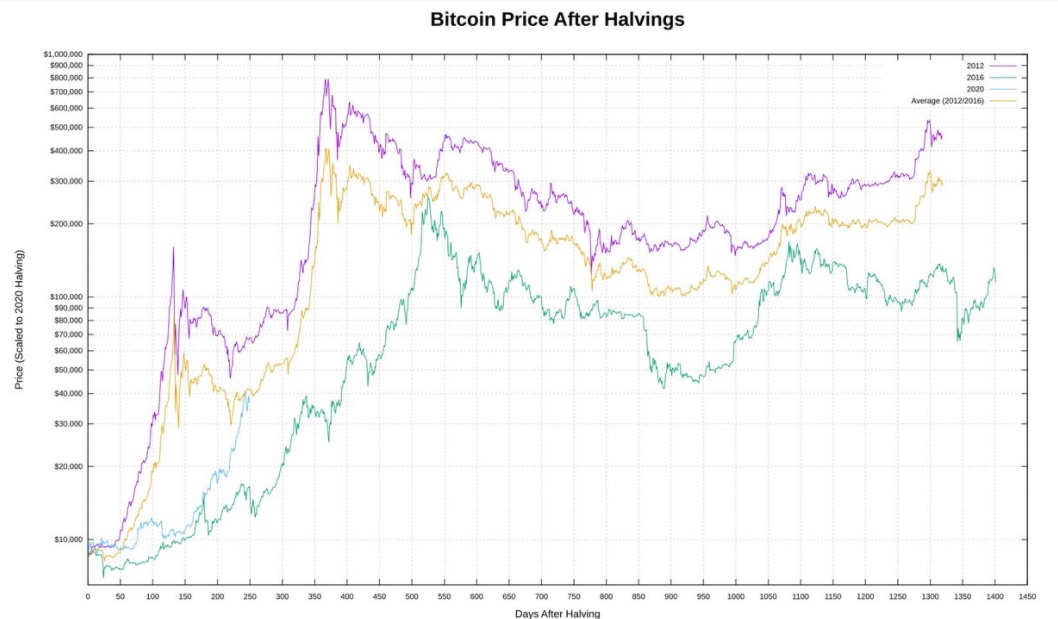 Andy Yee, Visa’s Public Policy Director in China, has cited this advancement through a tweet reply to report of Pantera:

This rally is different.

Massive shift from high-speculative, non-functioning tokens in 2017 to #Bitcoin and #Ethereum today, according to @PanteraCapital. pic.twitter.com/hhNU7Lhv6V

As indicated in the above image, Ether and Bitcoin commands 86% of market value. The rest of the 5,000 crypto blockchains share 14% of overall market cap among themselves. While Bitcoin hit a peak in the final leg of 2017, the two top cryptos had an aggregate of 52% of the value, signaling that ETH and BTC have managed to retain their market share in the last three years. 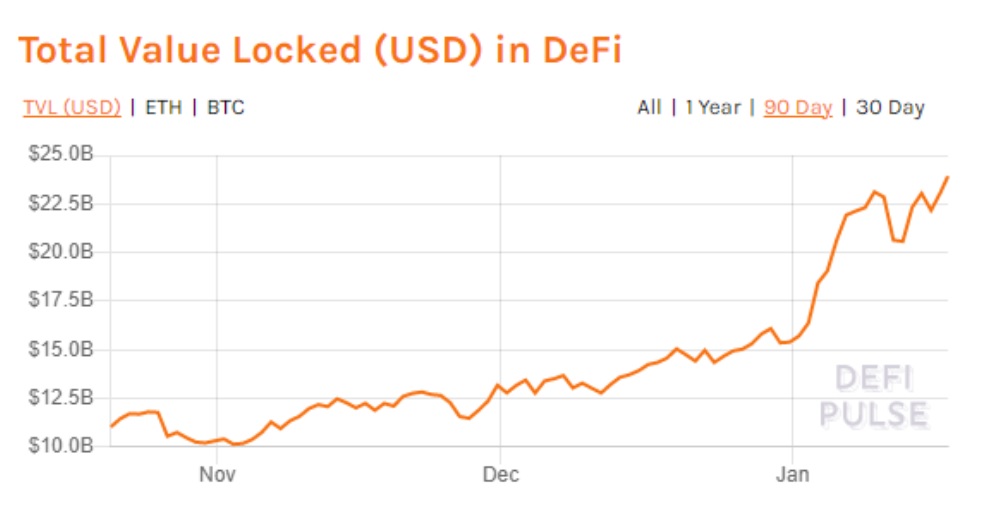 Likely grounds for the movement of funds include institutional money centered on Bitcoin as a gateway into crypto sector due the huge mining network and safety it offers, in addition to the fast growin decentralized finance domain, which is majorly dependent on the Ethereum network.

As the DeFi environment grows, it will lure institutions, additionally acting as a catalyst to the price of Ether as it is needed to communicate with DeFi systems and smart contracts on the Ethereum ecosystem.

Data provided by defipulse indicates that the aggregate value set aside in DeFi projects is now worth $29.98 billion, almost near the all-time high of $23.116 billion.

With an increase in TVL, the top eco system coins value rises, including Synthetix (SNX) and AAVE. Trading volume recorded by leading decentralized exchanges, including SushiSwap and Uniswap, is increasing with info from Dune Analytics indicating that the total weekly DEX volume exceeded $13 billion in recent times.

Even though Bitcoin and Ether command 86% of crypto markt cap, earlier market cycles indicate the likely movement of funds out of the top two cryptos into promising ventures. This vitality has encouraged analysts such as Raoul Pal to state that after Ether and Bitcoin’s stunning price movement, the “next stop will be higher risk alts.”

Media news release also indicates that Goldman Sachs is getting ready to provide custodial services for cryptos and that could form the basis for next bullish rally in Bitcoin. A continuous flow of money from institutions could likely fuel the price of Bitcoin and maintains it in line with the trend indicated by the stock-to-flow model.

Fidelity Advises Bitcoin Investments While the Price is Low