A recent on-chain study from Glassnode revealed that long-term Bitcoin (BTC) investors have reached a multi-year high, and that markets have not yet been saturated by profit-taking by the general public. According to a research released on November 22 by analytics vendor Glassnode, long-term holders (LTH) seem to be cutting down on their spending while increasing their holdings.

A focus of the investigation was Spent Volume Age Bands (SVAB), which are used to determine the age of currencies that are dominating the flow of money on the blockchain on any given day. In the opinion of Glassnode, the measure may be used to determine when the process of profit-taking or accumulation starts to take place.

In November 2020, the practice of consistently using coins that were older than one month was introduced. It ceased between April and May of the following year, in 2021. SVAB has now returned to its previous level of 2.5 percent of daily volume, after reaching an all-time high in October in tandem with the BTC’s all-time high.

“This might plausibly be understood as longer-term holders cutting their expenditure, and as a result, they are more likely to be adding to their holdings rather than quitting them,” Glassnode said. 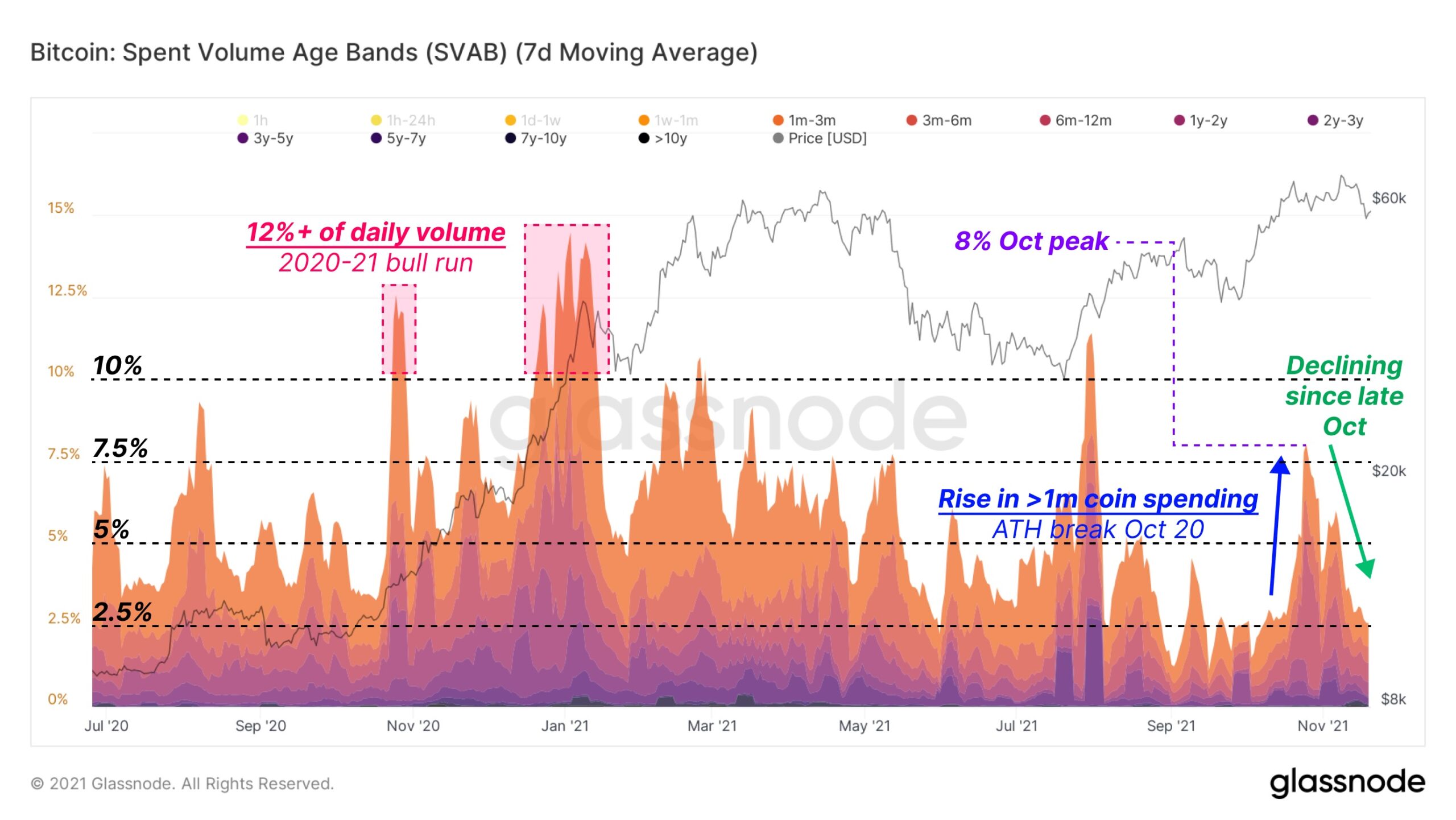 However, despite the fact that short-term investors have profited at “record” highs and broken even at lows during the previous week, the market has not yet become “overly saturated with profit-taking.” According to the data, there is no evidence of a significant surrender at this time, and the bulls may have a little more room to go before this cycle comes to its conclusion.

Notably, in early October, long-term holders had 13.3 million bitcoins, which were valued at $754 billion at the time, despite the fact that there had been no withdrawals for more than five months at the time.

According to Glassnode, even if the Bitcoin price has retraced more than 10% from the high point recently, the number of non-zero addresses on the network is still rising slowly, hitting a new all-time high, breaking through 38.65 million. pic.twitter.com/qvN3c6Dt1O

In reaction to the storey, Chinese journalist Colin Wu tweeted on Nov. 22 that the number of non-zero addresses had also reached an all-time high, which was confirmed the following day. Although the asset’s price has fallen by 18 percent from its mid-October top of $69K, this implies that adoption and accumulation are still taking place in the market.