One of the most significant events was the announcement by the IOTA Foundation of the introduction of the Genesis NFTs, which was intended to reward early adopters. In addition, IOTA has launched these NFTs on the Shimmer Network, which will enable for faster network improvements across the IOTA ecosystem.

A limited edition Shimmer Jersey as well as 11,111 Genesis NFTs have been released as a consequence of this partnership, according to IOTA. The rollout will be accompanied by a number of distinct benefits as well as a plan that will help to speed the development of a full environment.

As stated in the original release, “Shimmer Genesis NFTs are intended for early risk takers in our ecosystem who are interested in exploring the many ways in which NFTs will empower the community. The NFTs will be divided into three categories: Gold, Silver, and Bronze, with each category having a distinct pricing and quantity restriction. Shimmer Genesis NFTs, in contrast to your regular JPG, have the ability to provide a staking increase. The combination of HODL Genesis NFT and stake Shimmer tokens results in increased staking rewards.”

Staking incentives for NFT holders, as well as for the Shimmer Treasury, are possible with each NFT that is purchased and held. The enhanced staking incentive, on the other hand, can only be unlocked once the Shimmer community votes on it in a governance vote.

The specific allocation of the incentives will be decided by the Shimmer community at the end of the process. Consequently, if the community chooses to give Genesis Gold NFTs a 15 percent stake raise, the staking incentives for Shimmer will likewise be increased by 15 percent as well. For every two Gold NFTs a user has, their rewards will rise by 30%, and so on. Consequently, users may raise their staking payouts simply by stacking their NFTs while also ensuring the security of the Shimmer network.

Consequently, for every staking increase, an equal amount of staking rewards will be generated for the benefit of the Community Digital Asset Organization. This will assist the community in securing long-term financing for the environment.

“Given that there is a lot to improve for Shimmer and IOTA, all proceeds from the NFT sale will be invested directly into the advancement of DAOs within the IOTA and Shimmer environment, as well as future NFT campaigns, providing a significant boost to the advancement and expansion of the Shimmer community,” the announcement continues. “You’re making a direct investment in the ecosystem and in the eventual success of the project if you purchase an NFT.”

The community has reacted favorably to the most recent development in the area. In the previous 24 hours, the IOTA native token (MIOTA) has increased around 20% of its value. The digital asset is now trading at $1.55, representing a gain of over 17 percent in the previous seven days. 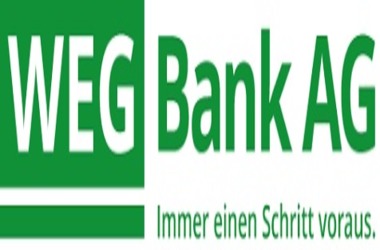