A 26-year-old man suspected of running a Bitcoin fraud in the Indian state of Karnataka has confessed to police that he hacked the Bitfinex exchange twice while on vacation in the Netherlands during his time there. Srikrishna Ramesh, aka Sriki, has been named as the alleged hacker in this case.

“My first major Bitcoin exchange hack was against Bitfinex. Hackers gained access to the exchange on two separate occasions, with me being the first to do so. The second incident involved a straightforward spear-phishing attack that resulted in two Israeli hackers working for the army gaining access to the computers of one of the employees, which in turn provided them with access to the AWS cloud account, according to the report” Ramesh said in his police statement.

He revealed the following explanation for how he was able to hack the bitcoin exchange: “I took advantage of a weakness in the data centre, which granted me access to the server using KVM (Kernel-based virtual machine). Rebooting the system into GRUB mode, resetting the root password, logging in, resetting the withdrawal server passwords, and routing the money through bitcoin to my bitcoin address were all things I did.”

He claimed to have made a profit of approximately 20008 Bitcoins (bitcoin). It was he who said, “No, I did not make any backups. On average, I spent between $1500 to $3000 each day on alcoholic beverages and lodging expenses. This hack took place during a period when the price of bitcoin was around US$100 or US$200, which I discussed with my friend Andy from the United Kingdom.”

As part of his confession, Ramesh said that he had hacked into the Karnataka government’s eProcurement website in 2019. “In 2019, we hacked into this site and transferred three different files. Hemanth Mudappa gave me two accounts with a combined value of approximately $2.50 million in one account and approximately $3.8 million in the other. Hemanth claimed to have received $0.3 million from an entity known only as Ayub, which I am not familiar with. The CID, on the other hand, says that Hemanth Mudappa was in possession of $1.50 million in cash” he explained.

“While sitting in the Himalayas, I initiated the second transfer of $3.80 billion rupees. This purchase was probably returned because the government was allegedly made aware of the dubious nature of the transaction at the time of the transaction. However, I did benefit from the crime by staying in 5-star hotels and enjoying a luxurious lifestyle as a result of the proceeds of the crime, even though I did not make any money from it.” He went on to say

more. And in the meantime, former Karnataka chief minister and Congress leader Siddaramaiah has claimed that politicians and government personnel in the state were involved in a Bitcoin scam involving a cryptocurrency exchange.

Siddaramaiah has also claimed that an attempt was made to conceal the alleged swindle, although he has not identified the politicians involved. Because of the international nature of the trades, the Karnataka government has submitted the ‘bitcoin fraud’ to the Enforcement Directorate (ED) and the Central Bureau of Investigation (CBI) for further investigation. Notably, these claims have surfaced just days before by-elections in two Karnataka constituencies are due. 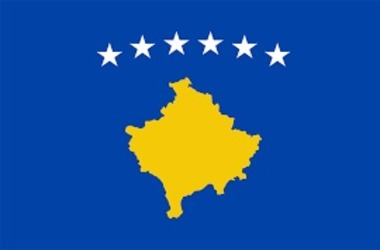