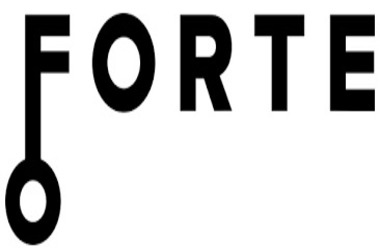 Forte is developing commercially viable technology for use in video games. In addition, the company’s complete solution enables the formation of community economics, a framework in which the priorities of both game developers and players are in sync. This results in stronger and longer-lasting gaming communities.

In addition to established industry stalwarts (such as Unity, ngmoco, Riot Games, and Electronic Arts), the team is presently collaborating with more than 40+ renowned game developers from throughout the industry to reinvent the economics of video games.

In addition, Forte’s platform enables game publishers to quickly and rapidly incorporate blockchain technologies into their games by providing features such as effortless, pluggable token wallets, non-fungible token (NFT) minting and trading, payment channels, and other services designed specifically for blockchain token economies as well as the governance of digital assets. Players can genuinely own things in blockchain-enabled games, instead of simply spending money on sheer entertainment expenses. International players can freely exchange goods and services with one another and can engage in community marketplaces that promote innovation, cooperation, and talent among players from all over the world.

These innovative systems offer game players and communities all over the world additional creative and commercial options as a result of their implementation. Games have seen seismic upheavals in their business and revenue structures over the past 50 years, becoming increasingly connected with gamers at every turn, according to Josh Williams, Forte’s co-founder and CEO.

“At first, there were arcade games, in which players were literally charged by the minute for their participation. Then there were home console and PC games, which allowed gamers to play as much as they wanted after only paying a single fee. Games were then made available on the internet, and the free to play concept permitted gamers to enjoy even the most expensive AAA titles for nothing, with just optional in-game / in-app payments to supplement their gaming experience.”

“According to our estimation, we are at the beginning of a new technology wave, and blockchain gaming will be far more significant than all of the previous upheavals.” To be effective in this new terrain, Forte’s aim is to train all game developers, large and small—whether you have a AAA title with millions of players or are developing a blockchain game from the ground up—to be knowledgeable and skilled in multiple fields.

In order to safeguard both players’ businesses and intellectual properties, Forte provides game publishers with built-in compliance and security product lines, ensuring global architectures for regulated activity such as money transmission, anti-money laundering, tax compliance, and intellectual property protection. Another distinct advantage that Forte provides to publishers is its customization and compatibility with a variety of different blockchains.

The majority of Forte partners begin with Forte to introduce NFTs and some other tokenized assets within and around their core games and apps, then progress to long-term business strategies and income sources through in-game economies and player-to-player marketplaces, ultimately connecting to Layer-1 and Layer-2 blockchains, allowing their players the greatest amount of choice and liquidity possible. Forte has garnered significant attention within the gambling industry in part because of the robustness of its technical and compliance solutions, according to Kora Capital’s Daniel Jacobs, who founded the company.

‘We chose Forte because of its ideology of creating a system that is easy to integrate without restricting programmer flexibility or regulation, building for the long-term, solving today’s scalability challenges that are restricting computational efficiency on blockchains, reducing high latency and expenses involved with blockchain transactions, and future-proofing with blockchain mobility and cross-chain interconnectivity.’

Innovative technical solutions and commercial concepts can help publishers expand their operations and increase their profits. Players will be able to claim ownership of their in-app purchases and virtual products starting today. “Overall, this is a positive development for the ecology.”
Current status of Forte platform:

For the past year, LionTree has served as Forte’s exclusive financial advisor, bringing the business’s global strategic contacts to the table as the company continues to grow at an accelerated pace. Forte secured $185 million in its Series A round in May, valuing the company at $1 billion. The round was led by Griffin Gaming Partners. Forte’s overall capital increase in 2021 will reach more than $900 million as a result of today’s announcement.