IZEA Worldwide, Inc. (NASDAQ: IZEA), the leading supplier of influencer marketing platform, analytics, and solutions to the world’s top companies, has started accepting payment for its services in Bitcoin and Ethereum. Additionally, IZEA will start compensating chosen influencers in bitcoin for initiatives for which it has been compensated in cryptocurrency by advertisers.

IZEA Worldwide, Inc. is a marketing solution provider that develops software and practical solutions for companies to interact and deal with the world’s finest social influencers and content creators. The business advocates for the burgeoning Creator Economy by allowing people to monetize their material, creativity, and reputation.

Back in 2006, IZEA pioneered influencer marketing and has since enabled approximately 4 million trades between consumers and vendors. IZEA discovered that influencers are trendsetters un the adoption of cryptocurrencies in a recent poll of 1,000 participants in the United States:

Sixty-five percent of influencers surveyed hold bitcoin, and fifty percent showed an interest in getting compensated in crypto for their content production. IZEA, a forerunner in the influencer marketing sector, responds to that demand with today’s press release, enabling top companies to pay for enterprise level promotions in bitcoin.

“IZEA initially adopted cryptocurrencies in 2018 while launching our first crypto mining initiative focused on alt coins,” stated Ted Murphy, IZEA’s founder and CEO. “During that moment, we anticipated that blockchain would just be critical as the Internet evolved, and our prediction has turned out to be true – albeit the field had several legal difficulties in the initial stages. We hope to come back to the domain when the industry evolves and cryptocurrency exchanges are verified, certified, and governed, and this is the initial stride toward that goal.”

“Latest events in the cryptocurrency industry create an intriguing possibility for IZEA,” Murphy concluded. “Both Bitcoin and and Ether are much lower than their record highs. We prefer to start accepting the aforesaid cryptos as payment when they are trading considerably below their all-time high rather than at all-time highs.”

IZEA’s initially started mining alternative (alt) coins before switching to Bitcoin and Ethereum. The corporation now owns both Ether and Bitcoin and has benefited from both the crypto assets’ price rise in the last few years.

“In 2006, IZEA pioneered the influencer marketing sector,” Murphy remarked. “As our business evolves, we plan to continue pioneering new sorts of influencer relationships on new platforms. Accepting Bitcoin and Ethereum as payment for influencers paves way for new avenues and is expected to make a significant contribution in prospective influencer partnerships in the metaverse.” 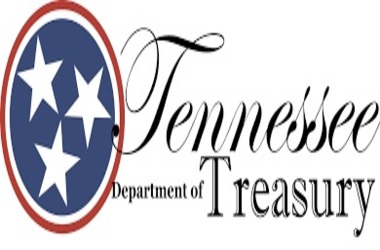