Canada based Bitcoin (BTC) will have two more ways to gain from price fluctuations in Bitcoin. Interestingly, investors can even gain from a decline in the price of Bitcoin.

Through a media release on April 14, Horizons ETFs Management announced that its latest exchange traded-funds (ETFs) would get listed on the Toronto stock exchange Thursday.

Instead of stamping it as a signal of bearishness, executives described them as a method to gain from volatility. Another product, the BetaPro Bitcoin ETF (HBIT), functions in conventional manner, and complements the BetaPro Inverse Bitcoin ETF (BITI).

Steve Hawkins, President and CEO of Horizons ETFs, explained the reason for such a product offering:

“We know that there are polarizing views on bitcoin and as a result, there are investors with a high degree of conviction on both the bullish and bearish cases for the asset class.”
He further said:

“In launching HBIT and BITI, our goal is to provide investment tools that allow investors to get liquid access to the returns of bitcoin futures with the ability to go long or short the asset class, based on their outlook and conviction.” 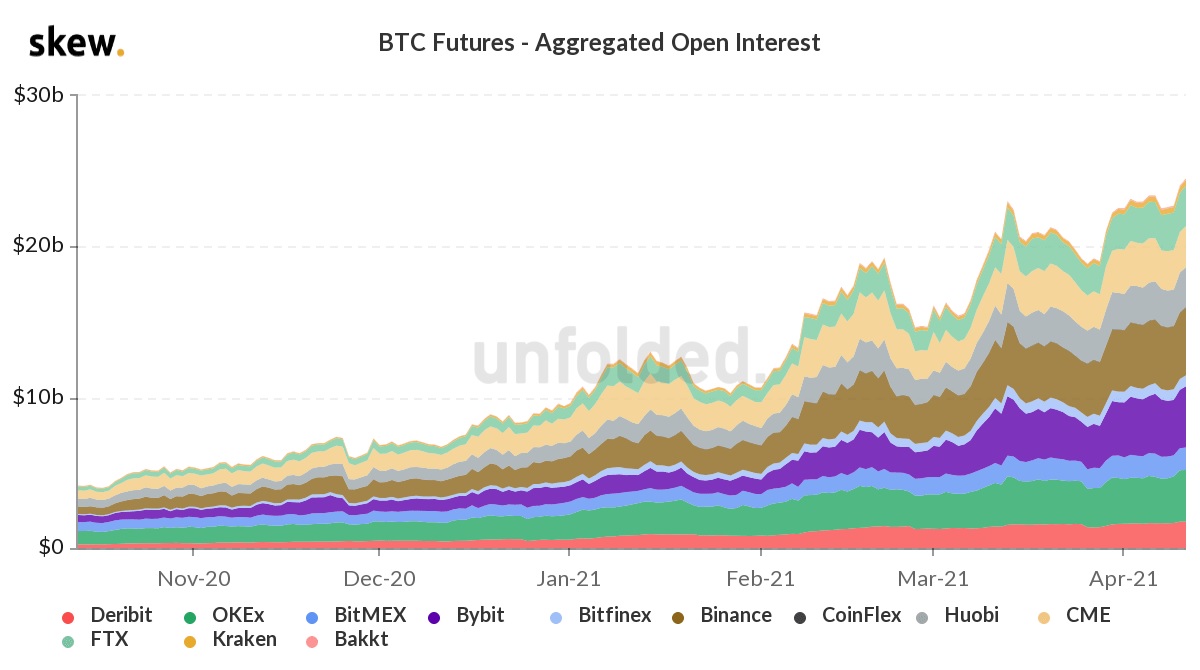 The initiative has come at a time when Bitcoin is hovering around the latest all-time high of about $65,000, with a rise in institutional interest. Earlier this week, open interest in Bitcoin futures hit a fresh historic high, eclipsing $25 billion, just before Coinbase got listed in Nasdaq.

Nevertheless, Grayscale’s Bitcoin Trust (GBTC) continued to trade at a negative premium with respect to spot prices. The units of GBTC exchanged hands at a 14.3% discount Thursday.

The US regulators have not endorsed even a single Bitcoin ETF and that has allowed Canada to have a lead even though its market is considerably small in comparison to its neighbor. The Purpose Bitcoin ETF, the foremost to receive the green light in the country earlier in 2020, currently has $1.40 billion CAD ($1.12 billion US dollar) worth assets under administration. It should be noted that exposure to ETFs is still possible indirectly in the US.