According to the results of a recent study, Bitcoin (BTC) investors in China intend to buy the decline in spite of a continuing market downturn and a statewide ban on cryptocurrencies. As per the findings of a poll that was carried out among 2,200 users of the social media network Weibo in China, just eight percent of respondents indicated that they would purchase Bitcoin if its price reached $18,000. Although 26% of respondents would rather wait until Bitcoin hits $15,000 before making a purchase.

However, the majority of respondents believed that the price will continue to drop, with forty percent of respondents stating that they would purchase Bitcoin at $10,000. In a poll that was carried out by Bloomberg MLIV Pulse earlier this month, the results were strikingly similar: sixty percent of the net nine hundred and fifty participants on Wall Street called for a price of ten thousand dollars for bitcoin.

The pessimistic opinions of cryptocurrency traders in the United States and China are nearly identical, according to the results of two separate surveys. Despite this, on-chain activity demonstrates that investors in the United States have been much more positive about Bitcoin compared with people in Asia from June 2022. 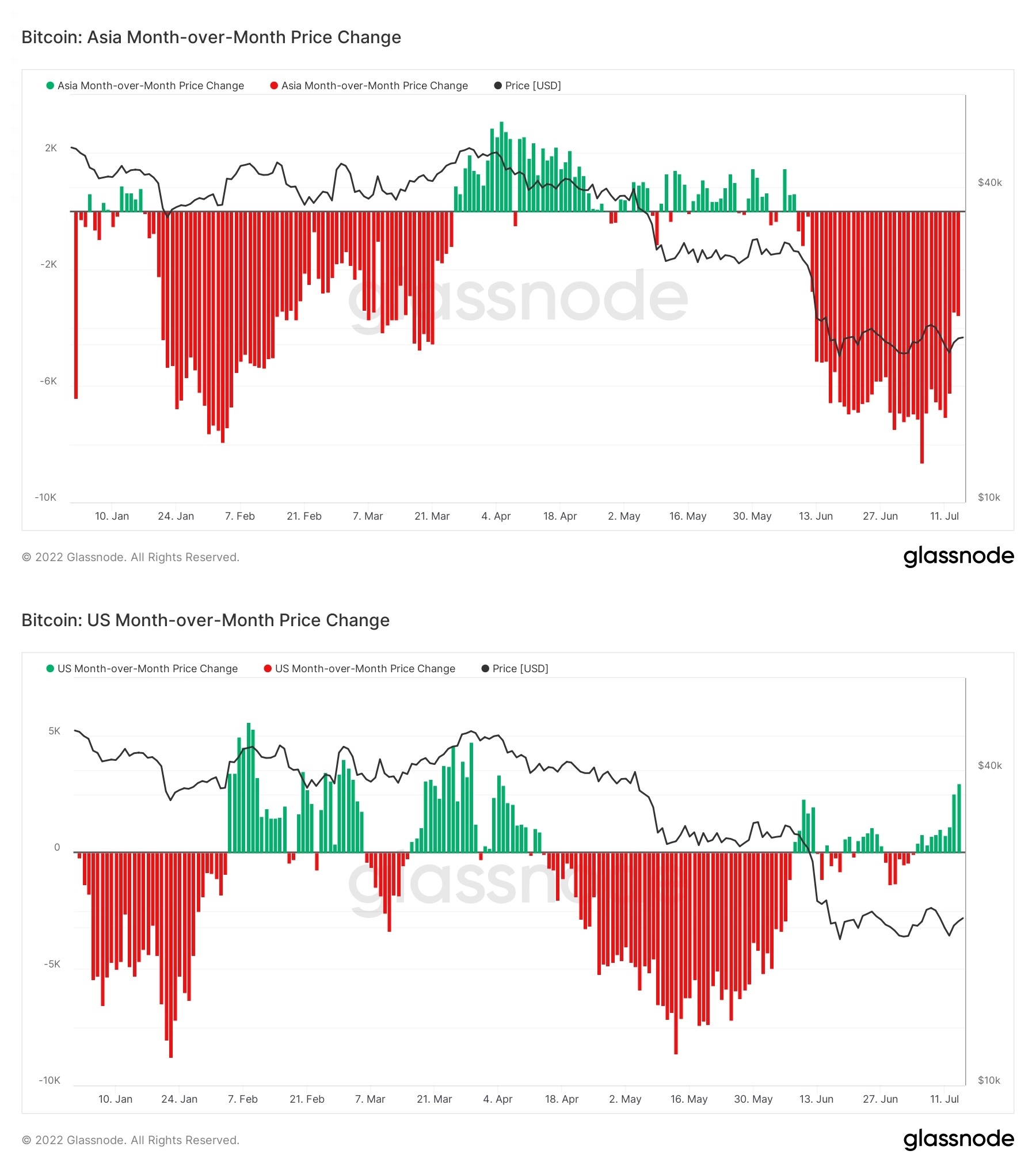 Particularly, the month-to-month price variation of Bitcoin, which measures the 30-day difference in the regional BTC value, has only been encouraging during the US trading sessions. This indicates that the only time Bitcoin’s price has been increasing is during the US trading sessions. According to the data provided by Glassnode, the indicator has only been seen to have a negative value during Asian trading hours. Concurrently, declining technicals are also beginning to suggest additional fall, especially on the longer period of three days.

As can be seen in the illustration on the right, Bitcoin has been developing a pattern known as a “bear flag,” which indicates that the cryptocurrency’s price may fall below $13,000 before September.