Iran’s economy is crumbling. With the US withdrawal from the Joint Comprehensive Plan of Action (JCPOA) agreement and announcement of new sanction that would become effective November 4, the Iranian rial hit a new historical low of 138,000 to the US dollar in the thriving black market. To bypass sanctions, Iran is considering launching their own cryptocurrency.

Furthermore, to dilute the effect of sanctions, the government, which was anti-crypto until last month, has turned crypto friendly. The country’s Supreme Cyberspace Council has announced the legalization of cryptocurrency mining.

The local media outlet IBENA has reported that the secretary of the Supreme Cyberspace Council Abolhassan Firouzabadi has stated that the National Cyberspace Center’s policy includes organizing cryptocurrencies. Per the secretary, the Central Bank, which acts as the decision making authority, will soon provide the necessary guidelines for cryptocurrency related activity.

This includes “trade and participation of startups and trade activists in the cryptocurrency sphere”. The guidelines are expected to be revealed by the end of September.

Firouzabadi has also stated that the government backed digital currency will be soon issued and it will act as a vehicle to conduct trade with business partners and friendly countries.
IBENA reported as follows:

“Secretary of Iran’s Supreme Council of Cyberspace stressed that cryptocurrencies mining like Bitcoin has been accepted as an industry in the government and all related organizations to the mining such as Ministry of Communications and Information Technology, Central Bank, Ministry of Industry, Mining and Trade, Ministry of Energy, as well as Ministry of Economic Affairs and Finance have agreed with it, but the final policy for legislating it hasn’t been declared yet.”

Recently, it was reported that the plan for the government backed crypto has been fully drafted and is being studied by the Cyberspace Council’s focus. Furthermore, Saeed Mahdiyoun said “that the plan to create a national digital currency is earnestly being pursued in the recent meetings of the High Council for Cyberspace.”

Mahdiyoun also affirmed that all doubts related to Iran’s stand on cryptocurrencies will be cleared up at the end of September.

However, Iranians are not willing to wait for government’s decision and have fully jumped into crypto bandwagon.

Other altcoins are also trading at a huge premium. Ethereum is currently trading at ~$1,050 in Iran, considerably higher than its global price of approximate $256.

Another website, AlternetCoins, which seems to be a broker, is offering one bitcoin for $12,000. Maybe, the price is yet to be updated on their website. 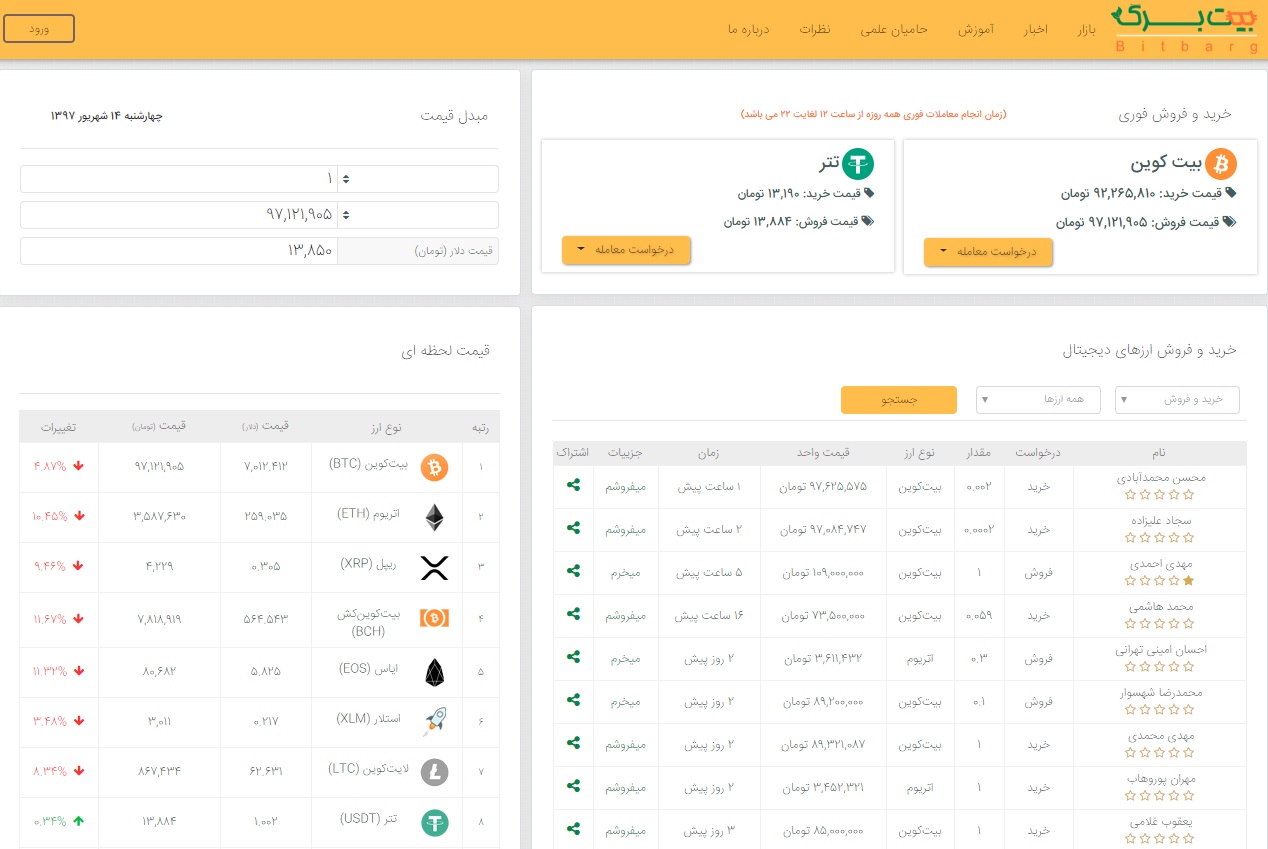