Once a downright critic of Bitcoin (BTC), Jeffrey Gundlach, CEO of investment management firm DoubleLine, has now issued a positive view of the numero uno crypto.

Gundlach, while speaking to Rosenberg Research’s webcast series, has suggested Bitcoin (BTC) as a suggested hedge against inflation of fiat currency, in addition to gold.

It is not the first time Gundlach, unofficially referred to as the “Bond King,” has expressed his views about Bitcoin. In the past, he had categorically stated that he will not invest in Bitcoin.

While speaking to Business Insider in October, the billionaire termed Bitcoin a “lie.” Gundlach had earlier stated that he will not buy the argument that Bitcoin was “unhackable.”

He said to Business Insider as follows:

However, Gundlach emphasized that he does not hate Bitcoin and the latest comments from Gundlach strengthens them. While advising audience that they should invest in an asset as a hedge against inflation, he suggested gold and Bitcoin as good prospects.

The suggestion to invest in Bitcoin as a hedge against inflation reflects almost a U-turn from his earlier stance of being a critic of Bitcoin.

He also pointed out that gold, in the meantime, is on course to record impressive rally, in accordance with bullish forecasts made by other advocates of the yellow metal. Data indicates the degree of Bitcoin’s yield in comparison to gold and other macro level assets. 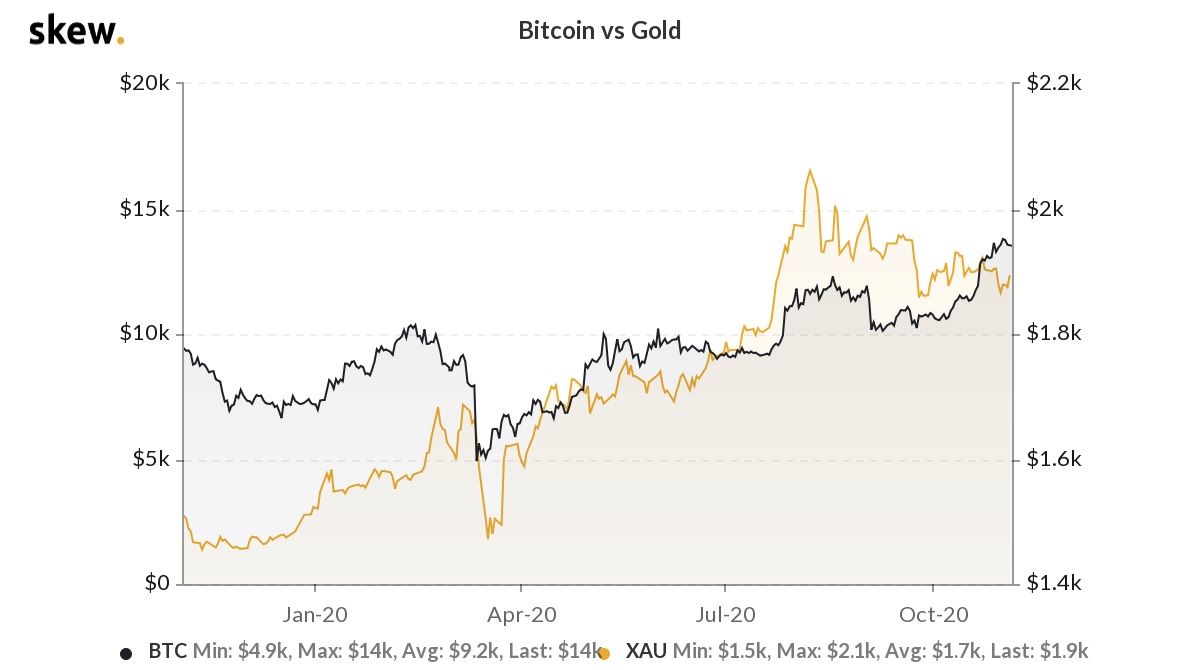 According to the data compiled by on-chain information source Skew, the year-to-date Bitcoin gains were 88%, while gold’s gains stand at 24%. S&P has gained slightly above 2% so far this year.

Amidst the resurgence in Covid-19 infections and related drop in economic activities, Bitcoin is forecast to make appreciate quickly in the near to mid-term.

Numerous traders anticipate Bitcoin to hit fresh highs in the next three months, while statistical data provider Willy Woo has pointed out that Bitcoin is already moving away from the course of other macros assets such as gold.

Bloomberg – Bitcoin Could Hit $500K or Drop to Zero