Santiment, a prominent cryptocurrency intelligence service provider, has released some optimistic on-chain data for Litecoin (LTC) that is evolving behind the curtains. While writing this article, LTC was trading at $148, a decline of 64% from its historical high of $410, after a prolonged slump.

Notwithstanding this, Santiment speculates that cryptocurrency whales may have different intentions for the earliest Bitcoin (BTC) rival. As per the company, Litecoin whales using “smart money” are now on a 15-week accumulating run, a feat not witnessed since 2017.

“Cryptocurrency Litecoin is picking up momentum, having gained roughly 5% versus Bitcoin in the last two trading sessions. Whale addresses possessing anywhere between 10,000 and 1,000,000 Litecoins are accumulating for the 15th consecutive week, the longest streak since 2017. They have bought almost 5% of the supply of LTC in a matter of just 15 weeks.”

Additionally, Santiment notes that privacy-centered blockchain Monero (XMR) is exhibiting some under-the-radar optimistic indications. As per the company, Monero is receiving the most attention on forums in ten months.

“On a dismal Thursday, Monero broke away from the cryptocurrency bundle. Since May 7, 2021, when the cryptocurrency reached $513, it has been dormant. However, being one among the handful of trending cryptos presently available, XMR is witnessing the greatest forum conversation rate in ten months.” 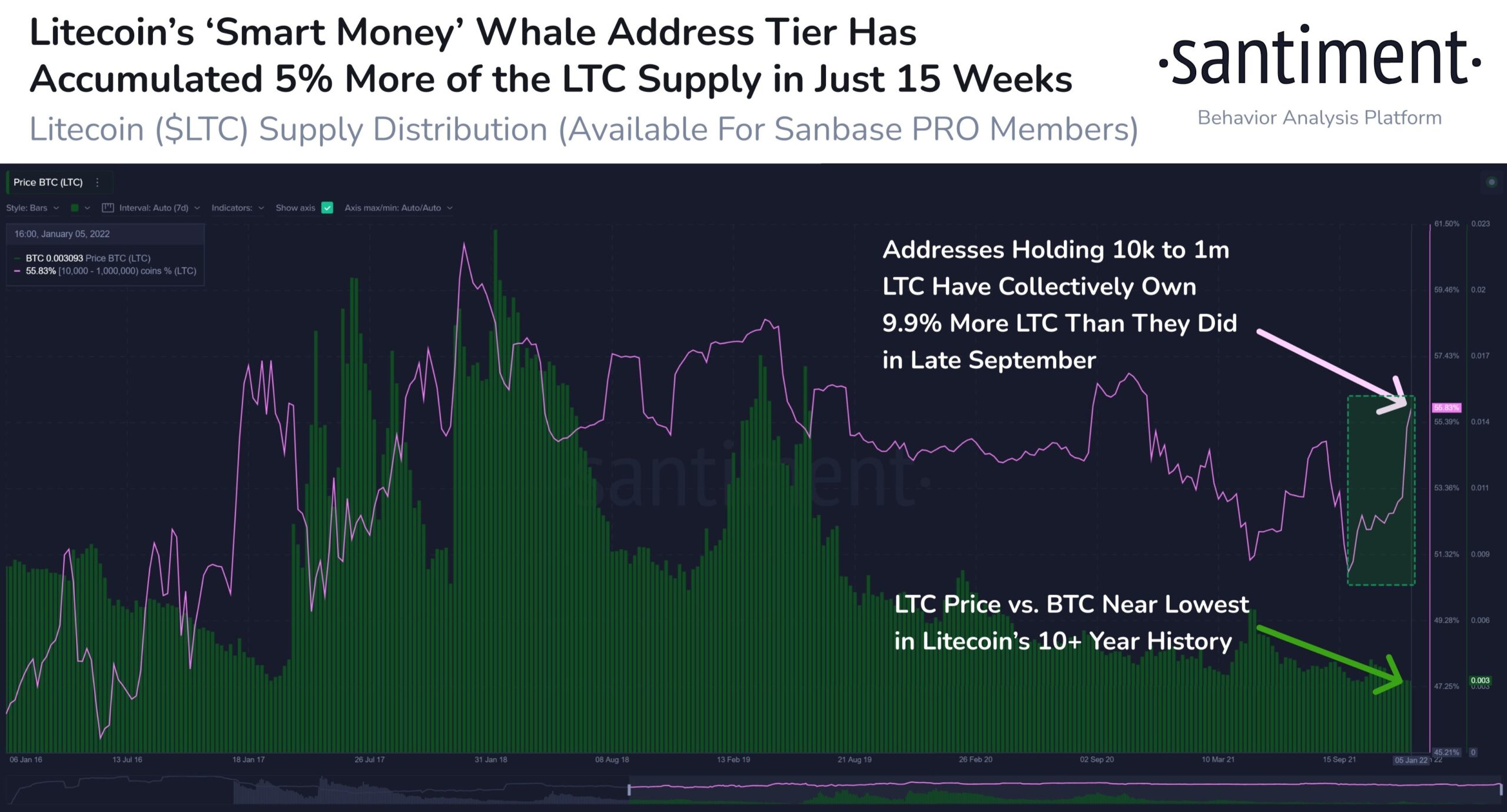 Santiment believes that traders are becoming overconfident in forecasting future price decreases in BTC and the wider market. According to the business, historically, present circumstances often result in short squeezes, which occur when an overwhelming number of cryptocurrency traders go short in a cryptocurrecy but meet an unanticipated price jump, resulting in a series of aggressive short-covering of positions that drive the price further higher. 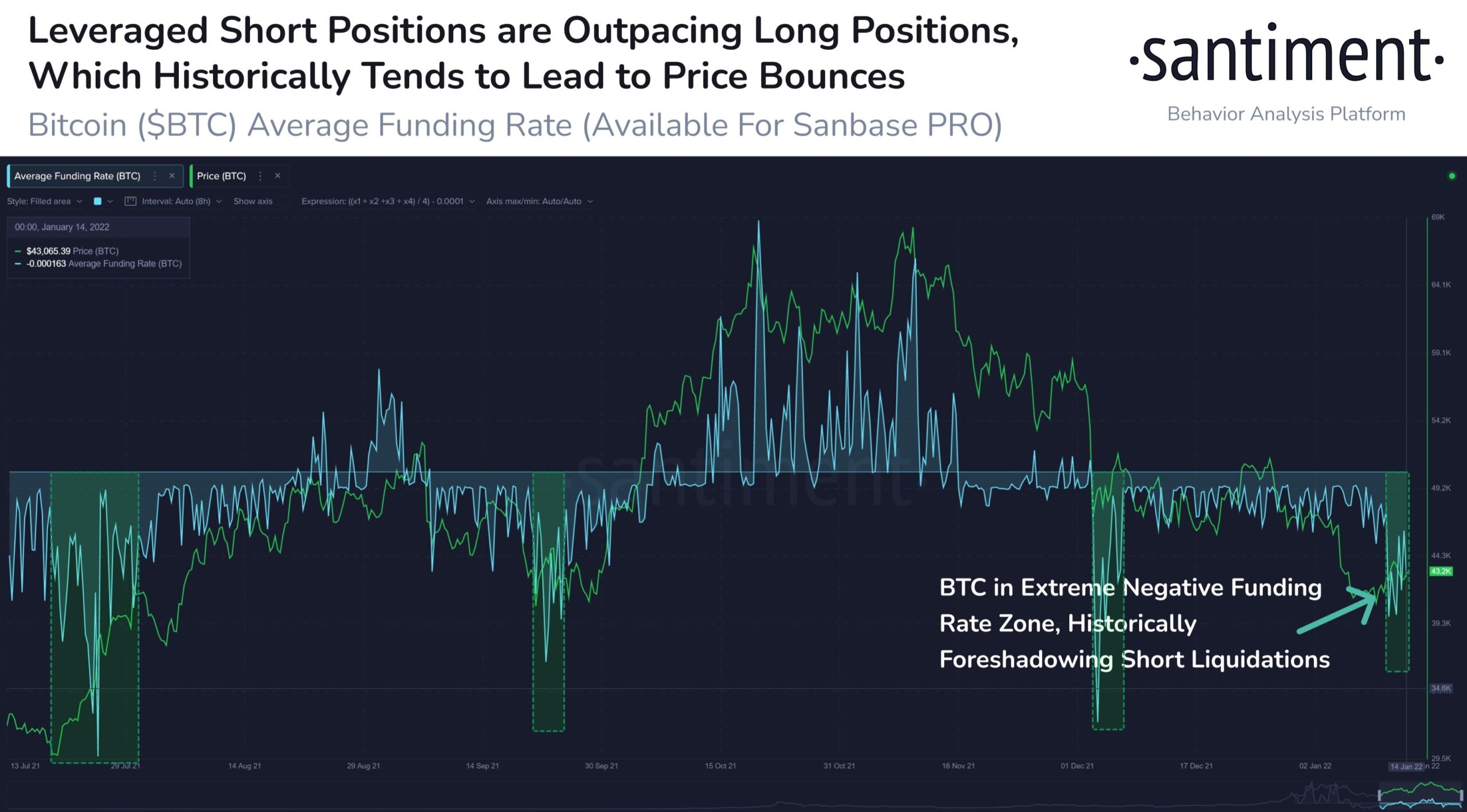 “Bitcoin and numerous other cryptocurrencies have a greater short-to-long ratio than is typical, suggesting traders anticipate price declines. Historically, when this financing rate percentage is substantially negative, short positions are ready for liquidation, resulting in price increases.”

Snowden Claims Bitcoin Transactions Are Being Monitored By The NSA