In July 2022, miners of Bitcoin (BTC) recorded $555 million in revenue, as per data from The Block. In contrast, a month before, BTC miners posted revenues of $667 million. This represents a decline of more than one hundred million dollars, or 16.7 percent, in Bitcoin mining revenue.

The income of miners stood at the lowest level in July. On July 31st, the figure stood at 22,797,000. The 13th of July also marked the lowest level in miner revenue, which was 13.929. Furthermore, the overall hash rate went under 190 million on July 20, the first of its kind since March.

Also, in July, the Bitcoin network complexity fell, according to the data. On July 31st, the quantity was 27.693t, whereas it was 29.57t at the start of the month.

The latest market meltdown has disproportionately affected miners. As profitability decreased, a significant number of Bitcoin miners decided to sell their equipment. In the meanwhile, power prices have been rising globally, adding to the burden on the sector. Due to oversupply, the cost of graphic processors (GPUs) on the secondary market decreased. The decline in hash rate and the sale of GPUs has led to rumors that several Bitcoin miners are leaving the sector because of financial challenges. 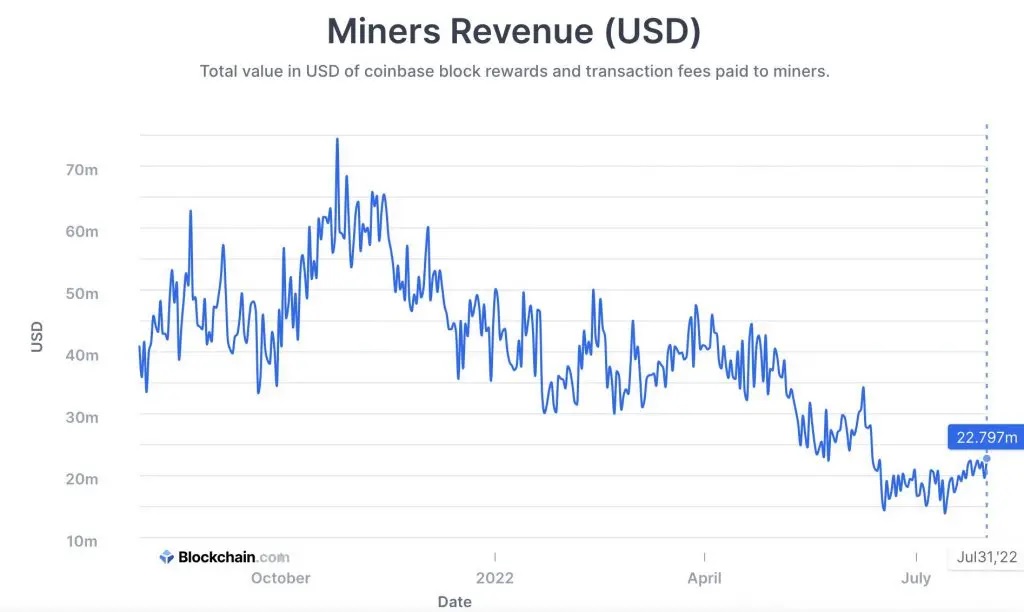 As per Arcane Research, public Bitcoin miners liquidated more than one hundred percent of their output. This increased dramatically from the average 25 to 40 percent, suggesting financial difficulties in the area. The data suggests that miners may not now find the space economical, at least as of now. Low payouts and high energy expenses have rendered the practice unprofitable. In addition,shares of mining firms had fallen as their profits deteriorated. 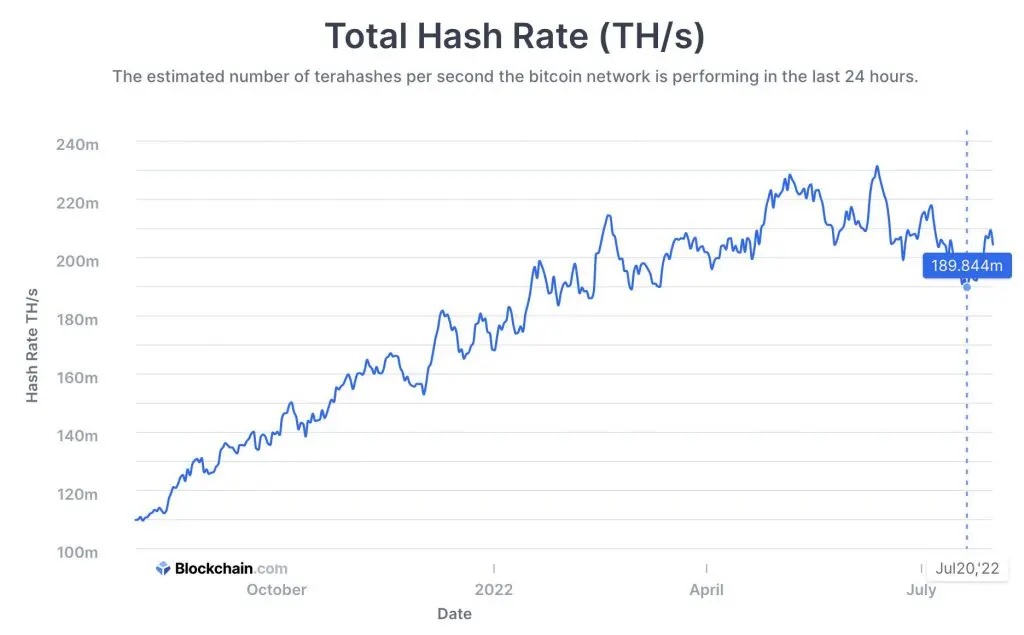 During the preparation of this post, Bitcoin (BTC) was changing hands at $23,171, a decrease of 2.70 percent from the previous day. 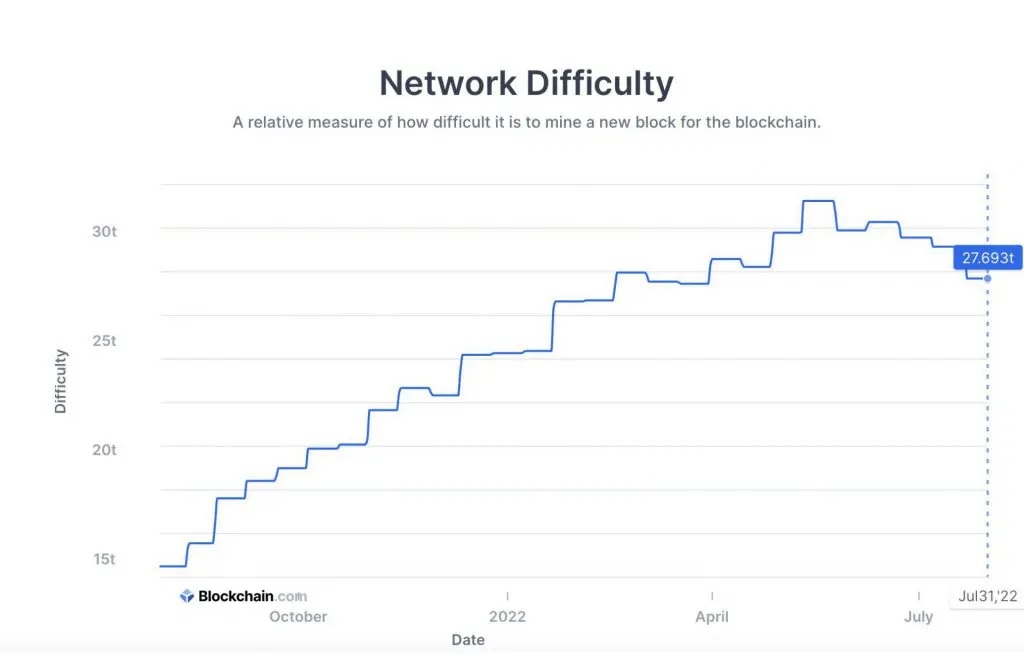 Miners have started to dump their #bitcoin holdings.

Public miners sold more than 100% of their production in May, a massive increase from the usual 25-40%. pic.twitter.com/KabSWqvL4T