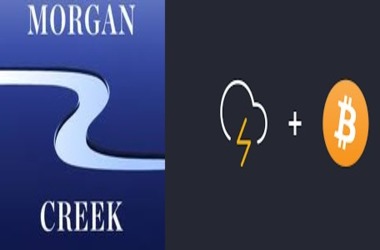 Lightning focused Zap, which has rolled out a non-custodial Bitcoin wallet, has been funded with $3.50 million in a seed round, back in April.

A filing made with the US Securities and Exchange Commission, several months before, uncovered by Forbes, indicate that Zap had raised the aforesaid money through a seed round with investors such as Green Oaks Capital and Morgan Creek Digital, co-founded by Bitcoin advocate Anthony “Pomp” Pompliano.

Zap, a non-custodial wallet, is distinct from others in the sense that it enables users to buy Bitcoin (BTC) on a real-time basis utilizing a US bank account via the Lightning Network.

Mallers had revealed that Zap’s final objective is to facilitate easy access to Bitcoin and “used for all that it has to offer by the masses.”

“Our users today don’t ever know we’re using Bitcoin when they’re using dollars. It’s just kind of like we’ve melted it in the background. I think tens of millions of people will be using this stuff in the next few years, and that just takes a little bit of capital.”

Back in September, Mallers elaborated that crypto amateurs could could “swipe their debit card, get Bitcoin delivered to them directly onto the Lightning Network, and make inexpensive instant micropayments within seconds.” This tool could bring down the settlement time and fees linked to the purchase of Bitcoin (BTC).

As per Forbes, the company has multiple ventures involving Visa, but only Zap’s credit card has been revealed officially so far.

Maller’s app Strike is currently in public beta stage. Even though both apps have been developed for remitting and receiving Bitcoin payments straightaway in a bank account through Lightning Network, Strike does not need a wallet, channels, seed or liquidity to function. Know Your Customer (KYC) formalities are kept at minimum required level.

Zap is not the only firm trying to benefit from under-utilized capability of Lightning Network.

In January, Twitter CEO Jack Dorsey’s Square stated that it had developed a Lightning Development tool which could pave way for Bitcoin remittance with lower fees.