In spite of the tough actions encountered by the trading platforms OKEx and BitMEX due to scrutiny by government officials, the core principles underlying the functioning of Bitcoin and Ethereum remain robust. Both blockchains are recording historically high volumes that signal a surge in price.

A research report published by Arcane disclosed that the cryptocurrency market’s sentiment has turned bullish after Bitcoin broke the $11,000 barrier and started consolidating. Two days before, Arcane noted a shift in the Fear and Greed Index reading that increased to 50, implying the market is “outside the fear zone,” as illustrated in the image below.

The principle ground behind the rise in Bitcoin’s price appears to be the huge adoption levels. Investments from enterprises such as MicroStrategy and Square have had a positive effect. Analyst Chris Russi pointed out that this is corroborated by revising the robustness of the network activity.

The daily active Bitcoin addresses have crossed the 2017 levels to reach one million, while the cryptocurrency hit record high price. Furthermore, trades and transfers have been rising since the start of 2020. Interestingly, mining and block rewards have increased to $20 billion.

1/ Laundry List of Reasons for $BTC to Outperform in Q4 & Beyond (a thread):

In accordance with the overall bullish scenario, Ethereum (ETH), which trades at $365, follows suit with 68% of investors currently on profits, as per data provided by Blockchain.com. Over the past year, ETH has gained 105.96% and 57.06% in the past three months. As given below, the aforesaid data is reflected in the rise in Ethereum’s network hash rate. 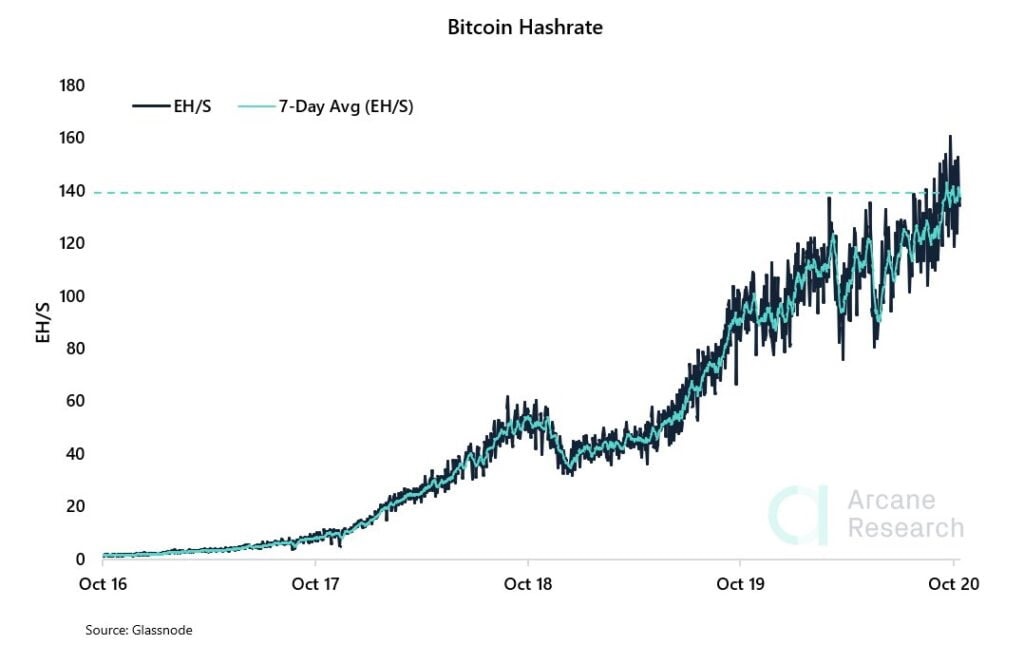 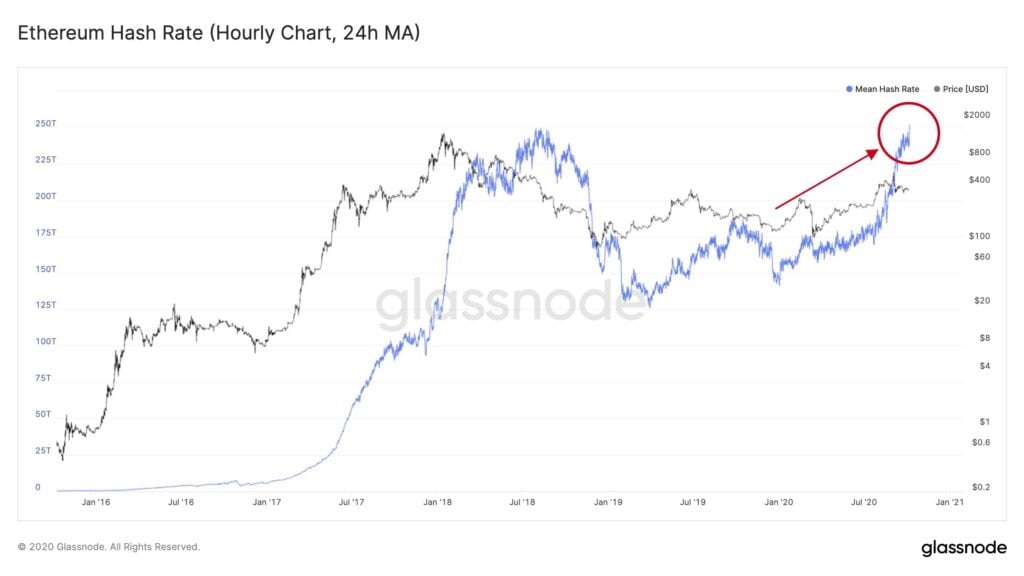 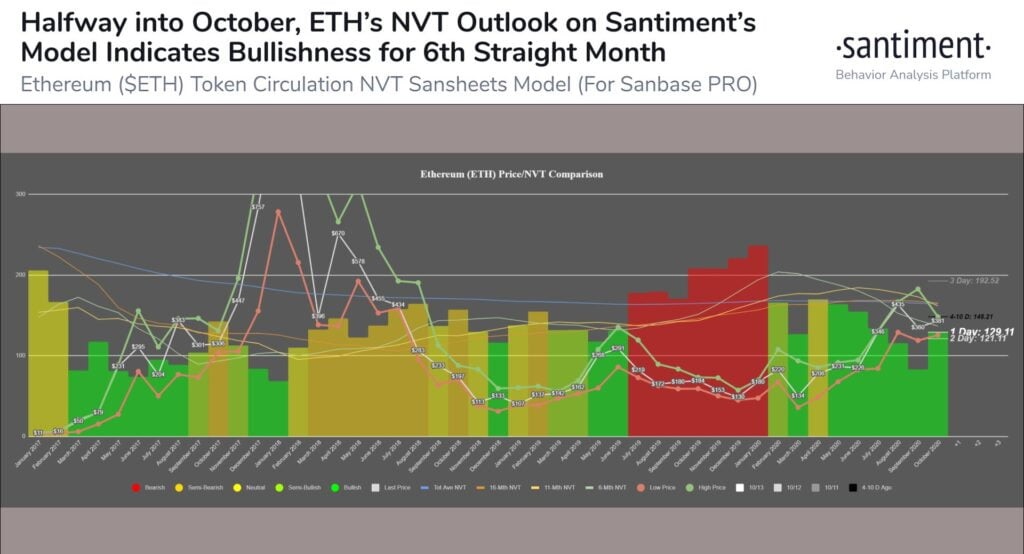 The picture above indicates that the Ethereum hash rate remains at high levels of 262,450 (daily average) terahashes per second. The research firm Glassnode has pointed out that the hash rate of Ethereum network has appreciated by 80% since the start of 2020. As opposed to Bitcoin, Ethereum appears to have several reasons for bolstering its fundamentals.

To begin with, the roll out of Ethereum’s 2.0 stage 0 is nearing. Analyst Adam Cochran has stated that the overhaul will create an ETH supply shock. Furthermore, the onset of DeFi industry in Ethereum, valued at $11 billion, as per DeFi Pulse. Studying the core principles and robustness of the Ethereum network, analyst firm Santiment anticipates Ethereum to step into its sixth successive month of “bullish divergence,” as portrayed below.

In that respect, Bitcoin Jack, a crypto trader, has forecast a record high price for Ethereum. The trader has tweeted that the crypt could hit $2,000 by the end of 2020 or in early 2021.

Q4 or early next year is not impossible pic.twitter.com/8v0MD68eBd