Ethereum network is witnessing almost a record high number of daily transactions against the backdrop of an upsurge in DeFi tokens and stablecoins. There are also allegations of miners spamming the network.

Some sort of strange behavior of miners has been recorded during the spike. As per Trustnodes, the Ethermine mining pool processed over 13,000 trades in a matter of 24 hours, but put together valued at only about 0.05 ETH (~11.75).

Similarly, Nanopool and SparkPool also were alleged of spamming the network through a series of miniscule trades, although in smaller snaps.

Overall, these mining pools carried out tens of thousands of miniscule trades every day adding up to the millions of trades which are already processed by the blockchain.

Notably, a similar attempt to spam the Ethereum network took place in September 2016, when a denial-of-service (DoS) attack aimed at the network caused a spike in transactions, eventually leading to a hard fork for increasing the gas cost.

Crypto enthusiasts on Reddit did not miss the opportunity to express their opinion. A user named Njoiyt opined that the mining pools may be deliberately “clogging the network to increase fees paid to themselves.”

Stablecoins such as Tether (USDT) utilize a lot of gas on the network, followed by DeFi Dapps such as Kyber Network and Uniswap. 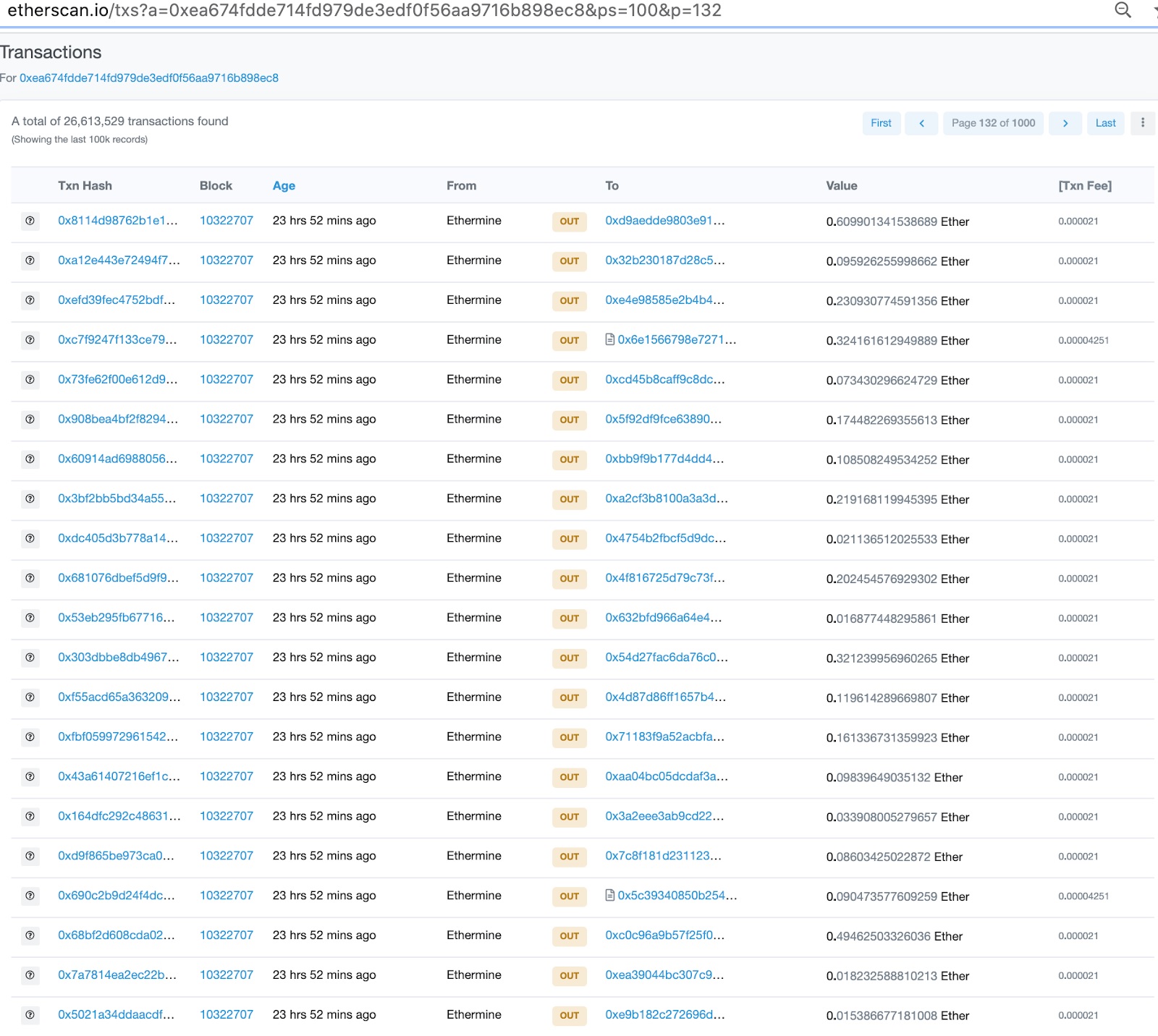 A week before Ethereum miners voted to hike the gas limit to 12.50 million, from the prevailing level of 10 million, allowing a higher number of trades to be handled per second, significantly minimizing congestion.

Even though the raise in block gas limit has already begun, standing at 11.50 million at the time of writing this article, still, it does not seem to fulfill the robust demand on the network.

Ironically, an unanticipated gain from a rise in congestion is that scammers have been squeezed out of the network. The network congestion had efficiently halted a portion of the $2.90 billion looted from PlusToken, a South Korean wallet provider and crypto exchange, and being laundered rapidly.