As per data provided by on-chain analytics firm Glassnode, the quantity of Ether (ETH) held by exchanges has dropped to its rock bottom level in nearly two years.

Glassnode assesses that only 13.30 million Ether is presently held by centralized exchanges, the minimal level since June 2019. Notably, centralized platforms currently hold about $52.40 billion worth Ether or 11.5% of total Ethereum supply.

The quantity of Ether held on centralized exchanges has declined 30% in 9 months since hitting a high of 19 million Ether in September 2020.

A miniscule balance of Ether held by cryptocurrency exchanges usually implies bullishness for markets as it lead a drop in supply in comparison to necessity on well-known exchanges.

Glassnode, in yesterday;s “Week on Chain” report, has pointed out that there is some drop in exposure to Bitcoin in the interest of Ethereum.

Glassnode studied the spending pattern of Bitcoin unspent transactions output over a longer period of 6 months to 3 years and found out that long term holders of the numero uno crypto could have played a major role in the flipping of ETH. 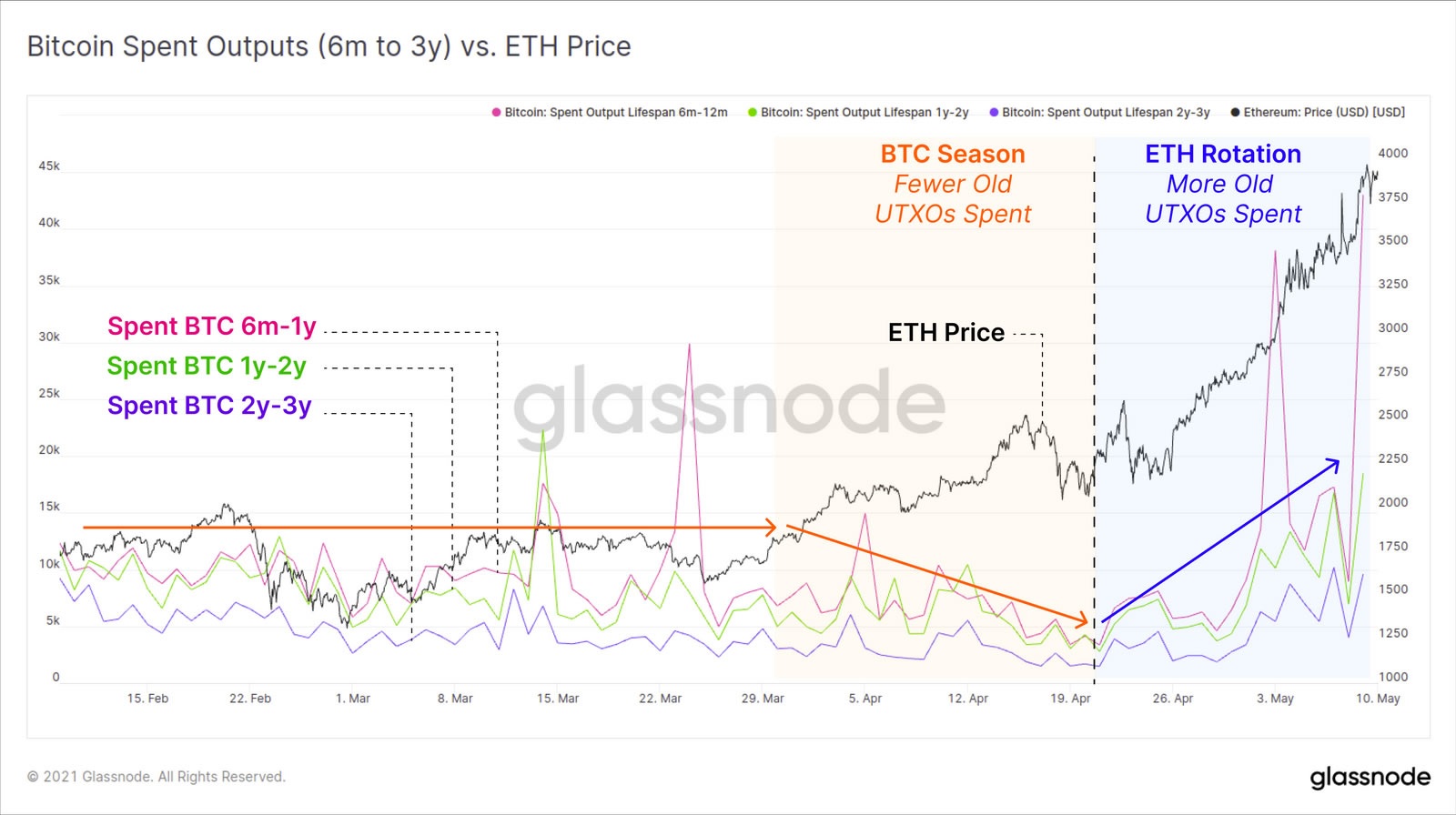 “Whilst this is only an empirical observation (correlation <> causation), the distinct increase in these older BTC being spent back into circulation after a prolonged period of holding makes a compelling case.”

The report further stated that on-chain activity has risen considerably in the last month in Ethereum blockchain against the backdrop of bullish rally in recent times. The count of smart contract calls, daily trades and Uniswap transactions have all recorded considerable increases since the start of 2021.

Daily transactions recorded an all-time peak of 1.63 million earlier this week, reflecting a 22.5% rise over the earlier peak recorded in December 2017.
While writing this article, Ethereum was trading at $3,951, down 4.2% from prior close.