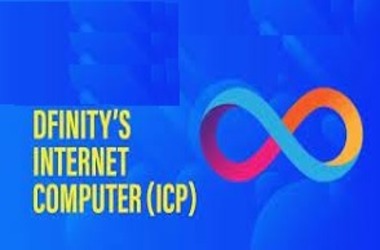 Dfinity Foundation, a Zug, Switzerland-headquartered company led by Dominic Williams, is behind the development of Internet Computer.

For the last five years, Williams and his core team have been working on ICP. There is a new entry into the top ten cryptocurrencies by market capitalization.

The project name is Internet Computer (ICP). ICP has become the eighth-largest cryptocurrency, commanding a market capitalization of $49 billion and a share price of $400. It’s only $2 billion less than XRP and $14 billion more than Polkadot.

The altcoin was in the top five only a few hours earlier, placed above Tether and even XRP. While it is currently the hottest project on the market, ICP has been in progress for the last five years.

Though several crypto users are just now becoming aware of the initiative, it silently released its mainnet on December 18, 2020.

In the latest interview, Williams explained Internet Computer as follows:

“This is a completely new platform. This is a public platform, it’s an extension of the internet. And, you know, eventually, we’re chasing blockchain singularity.”

Dfinity, in the May 6 blog post, explained ICP as “the world’s first fully adaptive blockchain.” It added:

In principle, Internet Computer is a layer-1 blockchain venture that seeks to merge the Web’s great capabilities with smart contract’s futuristic capabilities. It accomplishes this by combining the processing power of special node computers worldwide into a truly unified autonomous device.

Independent groups are in charge of these computers. Internet Computer aspires to build a huge and limitless virtual machine in this way.

Isn’t Ethereum still attempting to do this? Yeah, it really does. According to its creators, Internet Computer can run in an ecosystem of unlimited capability and process data at a speed matching the internet. Notwithstanding the the similarities to Ethereum, Williams has clarified that he is not attempting to create another Ethereum competitor.

Help me get this out 🙂

* Yes, the Internet Computer IS a blockchain

* It has nothing to do with cloud (but, yes, smart contracts run at web speed, with unlimited capacity)

* Smart contracts will rule the world

Update calls are finalized in 1-2 seconds, depending on the time it takes to produce a new block. These are the kind of calls that already exist on some of today’s advanced blockchain networks. Query calls, on the other hand, are different, in that any change they make to state is discarded immediately after they execute. This allows query calls to execute in milliseconds.

ICP will upgrade smart contracts in 2 seconds with Chain Key, which is a significant improvement over Ethereum. This, though, would not be sufficient to enable it to cope with the Internet’s speed. As a result, smart contract feature execution has been divided into two parts: upgrade calls and demand calls.

Update calls require 1-2 seconds to complete, based on how long it takes to create a fresh block. These are the types of requests that can now be seen on most sophisticated blockchain networks that are functional currently. Query calls, on the contrary, are unique in that any state changes they create are automatically dismissed after they are processed. This enables processing query calls in milliseconds.

The Network Nervous System has total authority over the Internet Computer network (NNS). ICP tokens are native currency of the NNS, which is a decentralized governance model. Anyone with ICP tokens can submit a suggestion. In case, other token holders agree, it will be implemented right away.

Staking of ICP tokens by users is a must to generate neurons, which enable them to engage in proposal creation and polling. Candid, ICP’s own interface description language (IDL), is also included. This programming language allows device interfaces to communicate with services coded in various programming languages.

Candid enables developers to create interconnected services on ICP without having to think about framework updates. ICP has clearly sparked interest in the industry, taking four days to eclipse Cardano, XRP, and Tether. The price has undergone correction, with ICP trading at $400, down 41.7% in the last 24 hours. The cryptocurrency is traded on Coinbase, Binance, OKEx, Gate.io, Huobi, and Bibox.

Internet Computer (ICP) is launching on https://t.co/bCG11KMQ6s and in the iOS and Android apps within the next 15 minutes. You may need to refresh your app to properly buy, sell, convert, send, receive or store ICP. We will update when ICP is fully live. https://t.co/kZcAuhTebN 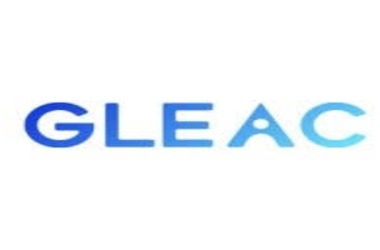