The announcement by Facebook last week that it would be building a metaverse has caused quite a stir in the cryptocurrency space. Over the last four days, virtual currencies linked to the Metaverse, such as Decentraland (MANA), have gained significant traction in the market.

However, Vitalik Buterin, the co-founder of Ethereum, is thinking along the same lines. On Sunday, October 31, Buterin published a paper with the same title, dubbed “Crypto Kitties.” He goes into great detail about the growing interest of various governments in experimenting with new technologies, particularly cryptography, in this chapter.

Buterin envisions the coming together of these local governments and the emerging crypto technologies in order to create what he refers to as “crypto cities,” which are virtualized versions of real-world cities. Yet another noteworthy development over the past year has been the widespread acceptance of cryptocurrency concepts such as coins, non-fungible tokens, and decentralised autonomous organizations, according to Buterin’s recent paper (DAOs).

So, what do you think would happen if we combined the two trends into one? What if you had a city that had everything: a coin, an NFT, a DAO, some record-keeping on-chain for anti-corruption, or even all four of these things? A number of cities and local governments around the world have expressed an interest in implementing cryptocurrency-based payment systems.

Buterin used the example of cities such as Miami, which has its own native cryptocurrency, the Miami Coin, to illustrate his point. Another such example is the city of Reno, which is currently experimenting with the RenoDAO and NFT Projects technologies. As previously stated, Facebook’s rebranding of its parent company to Meta has sent shockwaves through the cryptocurrency community.

Using the power of blockchain technology, Meta is focusing on creating a completely virtual digital world called the Metaverse, which will be completely decentralised. With their virtual avatars, people will be able to interact with one another and perform a wide range of tasks in the Metaverse.

In his proposal for “crypto cities,” the Ethereum co-founder discusses the use of decentralised technology in existing cities, as opposed to creating new ones. He also spoke about a specific cryptocurrency project that he has been quite pleased with. A project dubbed CityDAO, which has yet to go live, aims to create entirely new cryptocurrency cities from the ground up.

This is a strong indicator that the cryptocurrency market is having an increasing impact on the local government. Many of these types of municipal governments have already jumped on board the crypto bandwagon. Buterin pointed out in a recent paper that local governments can also incorporate blockchain technology into their existing systems, which is true. He concentrated on two major use cases in this section:

Existing processes can be improved by using blockchain technology to make them more trustworthy, transparent, and verifiable. Incorporating blockchain technology into the implementation of new and experimental forms of ownership for land and other scarce assets, as well as new and experimental forms of democratic governance, is a promising direction. It will be interesting to see if Buterin’s proposal turns out to be a practical reality as time progresses and the debate continues.

Bitcoin is “turd” to Munger & “rat poison” to Buffett 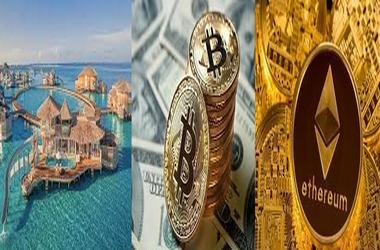