In recent days, Bitcoin has been trading in a narrow range of prices. After Bitcoin reached an all-time high of approximately $66,900 two weeks ago, it appears that the extreme bullish sentiment is beginning to wane a bit. For the time being, traders are preparing for a solid November and are anticipating favourable crypto returns until the end of the calendar year.

Despite this, some experts believe there is still opportunity for a minor correction as open interest in bitcoin futures continues to climb. As Marcus Sotiriou, a sales trader at U.K.-based digital asset broker GlobalBlock, explained in an email to CoinDesk, “[rising open interest] is typically a bearish signal because it indicates that there is more leverage in the system – this increases the chance of a liquidation event where traders are forced to sell and the price cascades lower.”

According to Sotiriou, “aside from open interest, the euphoria seen from the rise in meme coins last week, particularly SHIB, could contribute to a leverage flush in the short term, due to the increase in retail traders.” Some analysts have maintained their bullish outlook on cryptocurrency prices for the remainder of the year based on the fact that bitcoin tends to gain 11 percent to 18 percent in the final quarter of the year.

This year’s sell-off appears to have followed a seasonal pattern, as evidenced by a volatile September, although the downside was limited as traders entered to buy at lower prices. In spite of the wild price swings, bitcoin’s long-term uptrend has not been disrupted. In addition, analysts generally consider cryptocurrencies to be an early-stage investment.

However, according to crypto trading firm QCP Capital in a Telegram chat, “crypto is still under-owned and there is still a large knowledge gap.” However, the industry is rapidly gaining traction among professional investors, the firm said. Another intriguing statistic for traders is as follows:

CoinDesk Research conducted an analysis of bitcoin’s average daily returns since 2010 and discovered that Tuesday is the most bullish day of the week, followed by Wednesday and Thursday. According to a report released on Monday by CoinShares, digital asset investment products received a total of $288 million in inflows during the week ended last Friday.

Although this is a decrease from the previous week’s record inflow of $1.47 billion, it has contributed to the year-to-date total of $8.7 billion in inflows. 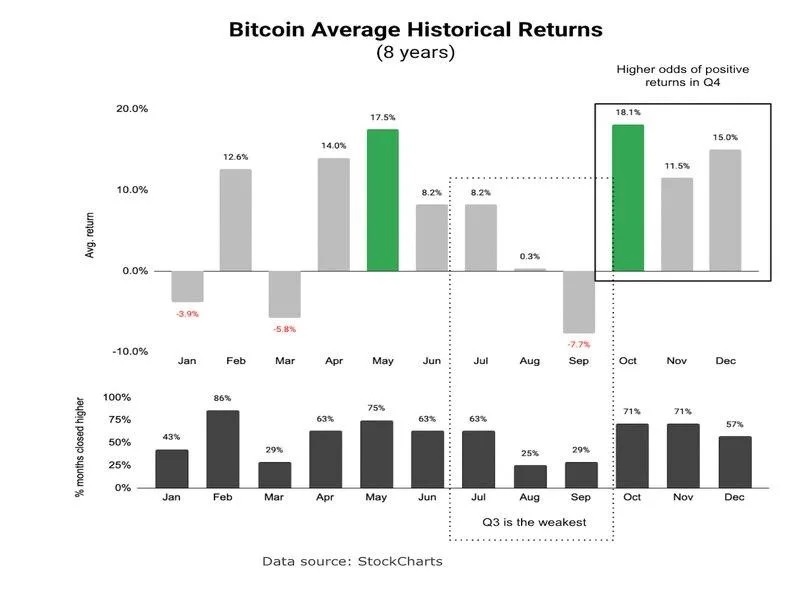 As was the case the previous week, the vast bulk of new investments, almost $269 million, went into bitcoin-related funds. The decrease in flows coincided with a pause in the market, as bitcoin (BTC) reached an all-time high of $66,974 on Oct. 20 before reversing course the following week. 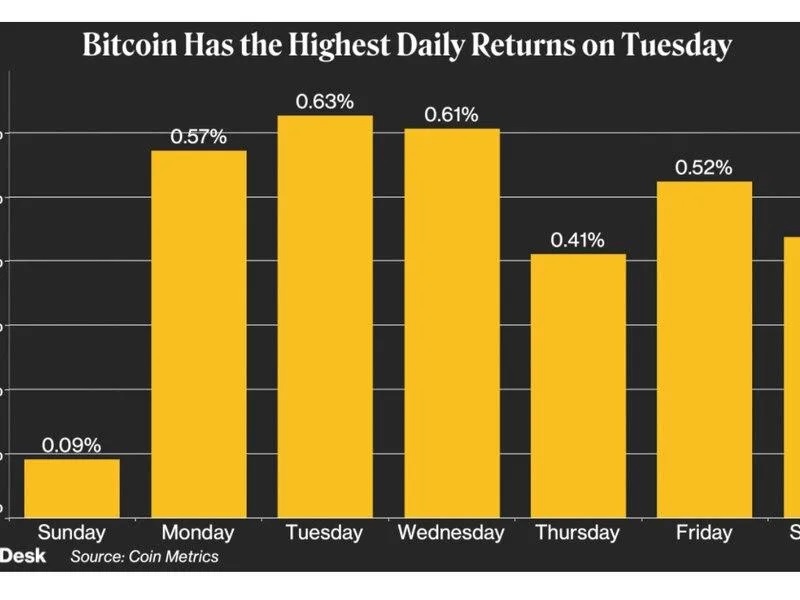 According to CoinDesk’s Lyllah Ledesma, popular meme tokens enjoyed significant increases in October as the cryptocurrency market’s overall attitude improved. The dog-themed cryptocurrency SHIB experienced a 765 percent gain in October, making it the best-performing cryptocurrency among those with a reported market capitalization of at least $10 billion for the month. 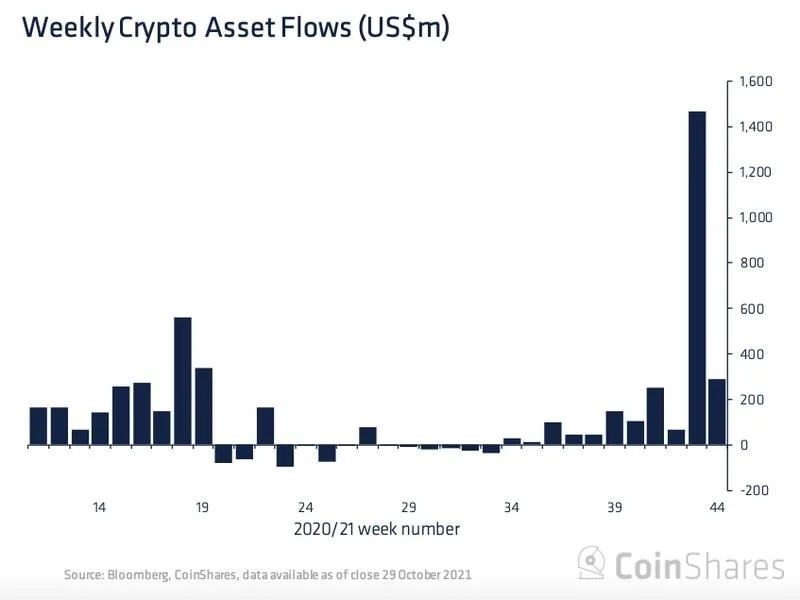 And on Thursday, dogecoin hit its highest level since August 20, when it traded at $0.30 per unit of currency. It had a market capitalization of $36 billion at the end of the month. 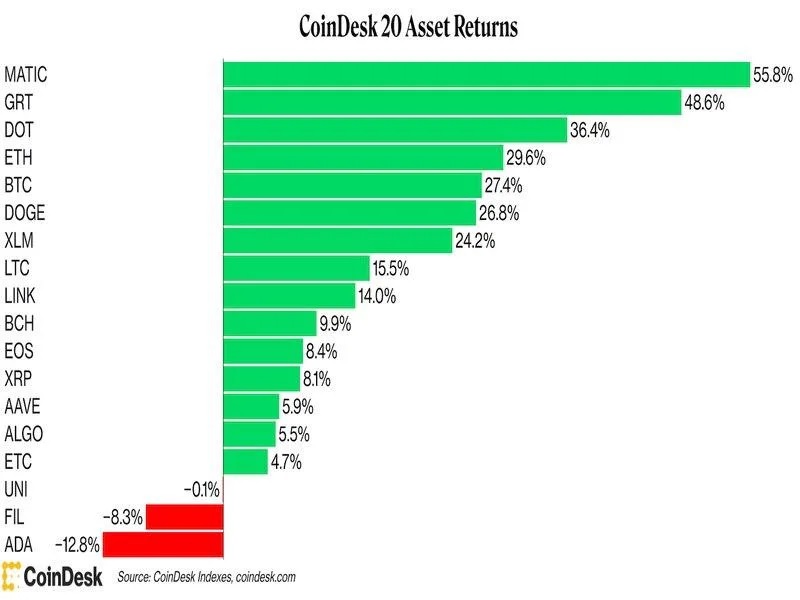