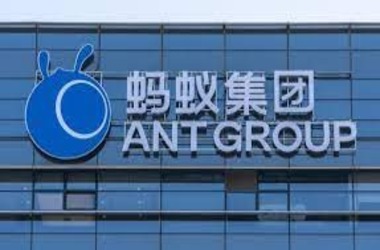 Ant Group, which is currently pursuing a reorganization after authorities halted its initial public offering two year back, introduced a blockchain storage system on Thursday, signaling a turn towards hard technology by the financial titan.

Ant Group Digital Technologies introduced Letus, or Log-structured Efficient Trusted Universal Storage, at the Apsara Conference in Hangzhou on Thursday, characterizing it as a method for reducing the storage expenses of blockchain frameworks.

“Letus can increase storage performance by 15 times, cut lag by 90%, and save disk bandwidth and capacity by 95% and 60%, respectively,” stated Yan Ying, technical director of AntChain, in a press statement.

About two years ago, Ant’s planned IPO in Shanghai and Hong Kong was abruptly canceled due to a shift in the legislative climate. It is currently undertaking a state-directed reorganization, and there is no clear timeline for a relisting. Its financial services division, which encompasses the attractive consumer lending market, is now subject to the same laws as conventional banking institutions.

The South China Morning Post is owned by Alibaba Group Holding, which is affiliated with Ant Group.

In the last two years, Ant Group Digital Technologies has introduced a variety of blockchain-linked goods and products, such as the AntChain Station, an all-in-one workspace, and the Blockchain Transmission Network, a high-speed, long-distance blockchain communications technology.

Geoff Jiang, president of Ant Group’s Digital Technology Business Group, stated that the company “focuses primarily on technical advances that generate a trusted digital network to enhance industrial cooperation and enable us to utilize our groundbreaking products and services to further support the economic growth.”