Binance is about to face its most difficult regulatory challenge yet. Following multiple inquiries and concerns from authorities across the globe, the United States has joined the expanding list. The US Commodity Futures Trading Commission (CFTC), as per Bloomberg, has opened an inquiry against Binance Holdings for insider trading and price fixing. It is worth noting that the CFTC is looking into the worldwide platform, not the US affiliate Binance.US.

In a number of countries, notably Singapore, the United Kingdom, Hong Kong, Japan, Malaysia, South Africa, and Thailand, the exchange has been warned or sanctioned for illegal activities or noncompliance. Following criticism, the exchange has undertaken additional initiatives in recent months to improve compliance and ethical trading. The exchange has slashed the maximum withdrawal limit and put in place a tax reporting system.

The exchange has already had to restrict or discontinue its services, as well as implement tighter verification procedures. This has assisted it in limiting its exposure. The US regulator will be the most difficult test yet. Additionally, the accusations are serious since they include insider trading and price fixing. To begin, the regulator is examining at certain senior executives who are alleged to have benefited from insider knowledge rather than from consumers.

Binance responded to the media that Binance has implemented a zero-tolerance policy for insider trading, and the Binance security team has established procedures for investigating and prosecuting people involved in similar behaviors. https://t.co/rXZ2itB7iC

The conversation has previously been released to refute the allegation. Binance, as per a spokesman, has a zero tolerance policy for insider trading. According to the conversation, if anybody was discovered, he would not only risk firing, but also the legal system. Binance CEO Changpeng Zhao, who is known for his outspokenness, has yet to comment on the probes. Nevertheless, he has already said that he and the exchange are willing to collaborate with authorities all around the globe.

He even went so far as to say he was ready to stand down in order for a more compliant CEO to run the exchange in collaboration with authorities. Brian Brooks, the Binance US CEO for just three months, left in the midst of the regulatory fight, claiming “differences over strategic vision.”

His departure was generally seen as a foreshadowing of a regulatory storm to come. As a former Comptroller of the Currency, he provided Binance with much-needed credibility in the eyes of authorities. As a result, his unexpected resignation constituted a red signal. The fresh inquiry may be one of the factors that prompted Brooks to resign. Much is yet unclear in this evolving tale.

In the coming days, authorities will disclose their conclusions and provide the accused with an opportunity to defend themselves. Interestingly, notwithstanding all of the regulatory issues, Binance remains the market leader with respect to trading volume. A study titled “Exchange Review August 2021” revealed that Binance topped spot monthly volume by exceeding $751 billion, beating OKEx, Huobi, Coinbase, and others. This study demonstrates Binance’s power and reach. 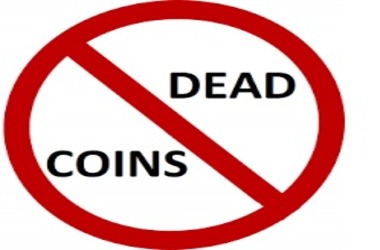