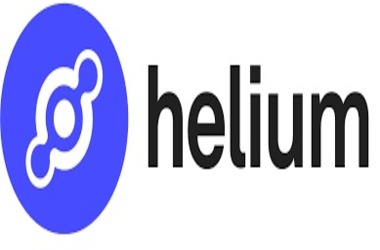 Helium (HNT) have just made an announcement on their intentions to launch the mining of MOBILE tokens, which will occur during the Genesis phase of the project. The project only just made all of the relevant information for users available in a concise Twitter thread that was released lately.

Helium is a popular initiative in the cryptocurrency industry due to its amazing plan to utilize a network of nodes operates by its community members to offer a method for low-powered wireless gadgets, such as Internet of Things devices, to link. This plan makes Helium a popular venture in the industry. As a result of this, the project makes it possible for the devices to connect with one another as well as with a variety of services that may make use of the data received from stuff like sensors.

All of this is attainable because the community that is centered around the initiative is responsible for the installation of their very own hardware in the form of “Hotspots,” which strengthen the internet signal in locations that do not have internet service. This enables Internet of Things devices to function in geographically dispersed locations and makes it very simple to install a variety of instruments that will collect information in real time and transmit it to those who stand to gain from it as well.

Lately, the initiative took a step to broaden its backing and include other networks in addition to its normal IoT coverage, with the intention that each of these networks would have its native token in the future. Theinitial network that will be introduced is the 5G network, and the $MOBILE token will serve as the incentive for establishing and sustaining it once it is operational.

In the same discussion, the team announced that MOBILE is expected to be live by the end of July and there will still be a Genesis pre-mine stage that would reward individuals that aided in expanding 5G network over the world. Both of these announcements were made in reference to the same forum. The only need for consumers to be qualified to get these incentives is for them to possess 5G Hotspots and CBRS Small Cell Radios that have been installed and enrolled in the correct manner.

During the Genesis phase of the project, it is anticipated that approximately 100 million MOBILE tokens would be distributed on a daily basis. Then, after the term is over and a functioning treasury has been built, users will be able to exchange the project’s primary cryptocurrency, the HNT token, using MOBILE tokens. This will be possible after the completion of the period.

In addition, Helium has provided documentation that provides a more in-depth explanation of how 5G mining and MOBILE incentives operate, as well as how MOBILE itself is mined, and similar topics. The creators also said that consumers may still participate in the Celular Summer campaign, get a 5G Hotspot, and begin collecting rewards for their efforts.

The fundamental objective of Helium is to enhance the capability of wireless devices in terms of communication. This could pave the way for the development of entire smart cities and a world that is significantly more technically sophisticated. In this world, many of the methods that currently take hours, days, or perhaps even weeks would be completed in real – time basis, or at the very least significantly ramped up by a massive margin.

It is a venture that promises to transform the world, better living circumstances, perfect interaction, and much more, and it intends to achieve all of this in a fully decentralized fashion, that’s why it has been gaining a lot of interest, particularly recently, with the arrival of 5G and other current technologies. Because of these goals, the initiative has been gaining increasing attention.

Defy and NEAR Partner to Offer Precise Data Analytics