As per the WhaleStats monitoring service, Chainlink (LINK) has surpassed Bitcoin as the most actively traded cryptocurrency among the 1,000 biggest Ethereum wallets. The token’s entire trading volume was around $2 million.

In the previous 24 hours, whales have preferred to trade Chainlink above more well-known cryptocurrencies like as SHIB, CRO, OKB, and others. Per the holdings leaderboard, Chainlink remained in sixth place with $380 million in holdings among the top wallets on the network, maintaining its position as the sixth largest wallet.

Because of a widespread market downturn that occurred on both the Bitcoin and altcoin markets the preceding week, whales sold off the bulk of their preexisting positions. The SHIB token continues to be the most favored token among whalers today. 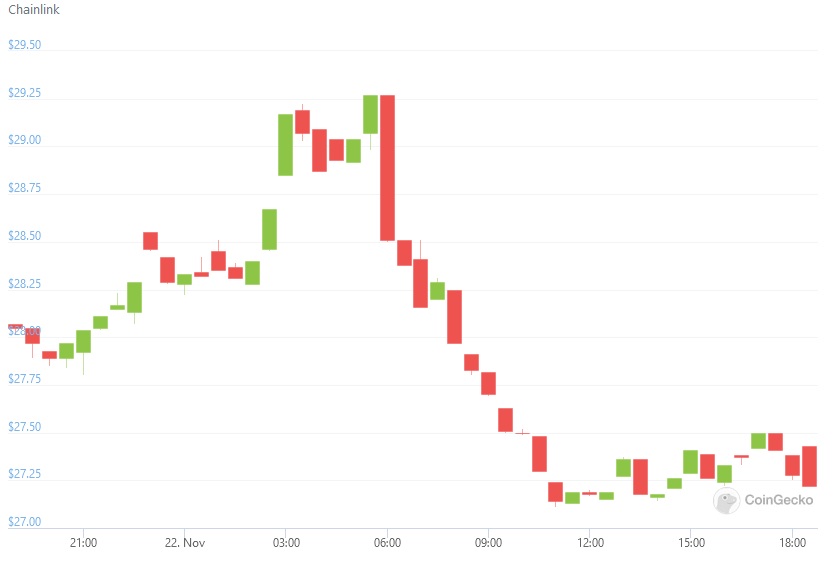 Some observers believe that the recent drop in the cryptocurrency market may be linked to the worldwide risk-off trend in financial markets. At the time of publication, LINK was trading at $27.42, representing a 3.1 percent decline in value. The price of Chainlink has fallen by 17 percent and 30 percent from its recent high on November 10 after Bitcoin also reached a record high over the same period.