Founder Charles Hoskinson (ADA) of the Cardano (ADA) blockchain platform has published a 2022 blueprint for the project.To begin with, during a live Christmas broadcast on YouTube, Hoskinson spoke about the significant achievements made by Cardano and the cryptocurrency sector as a whole last year.

Non-fungible tokens (NFTs) and the decentralized finance (DeFi) business were two of the topics he discussed in his speech. He stated that the latter has been targeted by hackers who have plundered it of more than $10.5 billion in an year.

Regarding Cardano, Hoskinson points out that the blockchain has released more than two million tokens in 2021, the vast majority of which come under the category of non-fungible tokens (NFTs). Because of the smart contract capability that was introduced in 2021, the network expects to accept more decentralized apps (DApps) ventures in the forthcoming year.

Presently, there are over 127 projects actively developing code for constructing applications on top of the Cardano blockchain. Twenty to thirty of them have planned debuts in the first three months of next year. Aside from that, Cardano will attract greater institutional attention in 2022, along with the debut of its open-source initiative format.

“What will be the scenario in 2021 is that a real open-source venture framework will be established, similar to how Hyperledger is to Linux,” he stated. “A large number of institutions will be plugged in, and all of the employees who are now involved in it will shifted to the new position,” says the author.

Cardano is among the blockchains that has generated a lot of excitement in Africa, and it intends to continue doing so in the upcoming year. As a result of a collaboration with the University of Luxembourg, the network was successful in facilitating education across the African continent in 2021.

The company has also established an investment and accelerator programme on the African continent, dubbed EMURGO Africa, to help highly influential blockchain and technology firms. Awarded for its Ethiopian initiative, IOHK, the foundation underpinning Cardano, was recognized as one of the most impactful in the world in 2021 by Forbes magazine.

An additional initiative in Tanzania provides residents with exposure to socioeconomic development via digital identification and monetary independence. To address the issue of inclusive growth in Africa, the Cardano Foundation intends to “create a viable financial operating system,” according to its website.

The system, whose creation will begin in the second quarter of 2022, will be designed to provide Africans with exposure to DeFi solutions. “My aim is to find out how to integrate all of the parts together in order to complete a full-fledged microfinance deal on the Cardano blockchain by the second half of next year.”

A genuine individual from Kenya or someplace else with a blockchain technology based identification and credit rating, stablecoin on the contrary, and Cardano as a payment rail is possible. They get the loan via peer-to-peer or person-to-person lending by simply clicking a button. The funder receives the money once it is paid back, according to him.

The last statement from Hoskinson reaffirmed Cardano’s long-term ambition, noting that the platform now has all of the necessary tools and technology to fulfil that objective. While writing this article, the sixth-largest crypto, ADA, had appreciated by about 10% on the day, and was trading at $1.58. 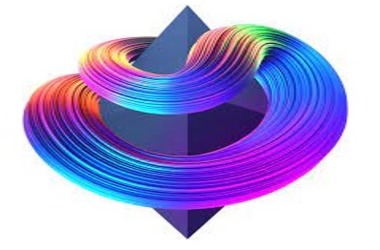