ConsenSys, the US based blockchain focused firm, has been awarded a central bank digital currency (CBDC) venture by the Hong Kong Monetary Authority (HKMA).

The project aims to build a trans-border payment ecosystem with Thailand as the second stage of Project Inthanon-LionRock. ConsenSys will work in tandem with consulting firm PwC and FinTech Forms HK for the Hong Kong project.

Project Inthanon-LionRock was established in 2019 by the HKMA and Bank of Thailand to study the benefits of distributed ledger technology (DLT) in trans-border money remittance.

The trial presupposes going around the correspondent banking network, paving way for straight forward payments between banks. The intention is to “build a proof-of-concept (PoC) where a THB-HKD cross-border corridor network is set up as a bridge between the Inthanon and the LionRock networks.”

The system will attempt to address the prevailing issues such as tracking, expenses and regulatory adherence.

ConsenSys is well versed in developing decentralized payment networks by joining hands with central banks. A notable project it was involved is Project Ubin, in partnership with the Monetary Authority of Singapore, to study the benefits of blockchain and DLT in remittance and securities’ clearing and settlement.

The firm also collaborated with the South African Reserve Bank in Project Khokha to assist in the development of a robust, low cost blockchain powered interbank system. In case of venture Inthanon-Lionrock, ConsenSys will utilize its portfolio of Ethereum tools to trial systems centered on scalability, compatibility and safety.

Charles d’Haussy, Director of ConSensys Hong Kong, said “We are humbled to work on the development of Hong Kong’s Financial Infrastructure.”

In spite of various initiatives abroad, ConsenSys remains occupied in domestic turf, with the recent takeover of J.P. Morgan’s Ethereum enterprise blockchain platform, Quorum. The covenant is now one of the products offered under Ethereum blockchain based solutions.

For the Thai venture, there is another Hong Kong link. CryptoBLK, headquartered in Hong Kong, is the tech associate for Project Inthanon, which capitalizes on R3’s Corda enterprise blockchain. 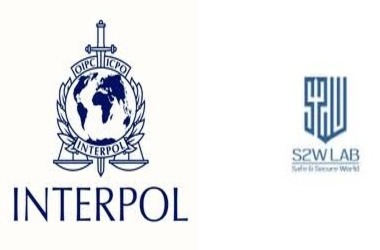