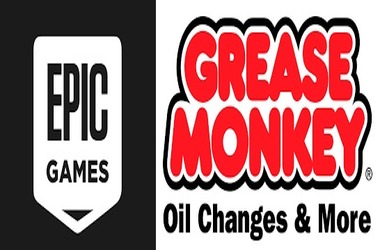 Epic Games has awarded Grease Monkey Games, a part of Animoca Brands, with money for the development of Torque Drift 2, a latest blockchain-based racing game. The Epic MegaGrant will be utilized to develop the drifting-focused racing game, as per the Fortnite makers. From the time of launch of game title Unreal in 1998, Epic Games’ Unreal Engine, a 3D computer graphics game machine, has been employed in a variety of fields.

The Epic MegaGrant, which ranges from $5,000 to $500,000, will be utilized to develop a lifelike gaming experience similar to certain other triple-A titles that utilize the Unreal Engine, as per a statement released by Animoca Brands on Thursday. Grease Monkey Games is developing a play-to-earn (P2E) game, thus the backing from Epic Games is noteworthy as a gesture of support from the traditional gaming world, which has often criticized blockchain games.

The full rollout of Torque Drift 2 is anticipated for 2024, with players having access to a tuning bay beginning in the third quarter of 2022. Utilizing non-fungible token (NFT) elements, cars, decals, and other items inside the game, players may personalize their automobile and persona. In Torque Drift 2, gamers will be able to create and sell their own bodywork and automobile tuning NFTs.

Starting in 2014, Grease Monkey Games, a traditional game publisher with more than 45 million downloads globally, has begun producing original IP games. They were acquired by Animoca Brands in February 2022, and Animoca would help them make the move to blockchain gaming. Integrating blockchain-validated NFTs into games is viewed as a way to offer players digital control towards in-game items, as opposed to conventional games in which players purchase in-game items with real money but are then banned from taking back that money. As a consequence, it allows players to exchange their stuff for fresh stuff or sell them after they have completed the game.

P2E models are ones in which environment players gain financial benefit for their engagement. Many opponents of pay-to-play (P2P) games, such as Udi Wertheimer, argue that these titles are not as engaging as conventional games and necessitate the buying of wallets and cryptocurrencies before players can start playing.