The daily average value of transactions across Ethereum blockchain is now matching that of Bitcoin (BTC) network.

As per blockchain analytics company Messari, the value of everyday transfers i.e. the total value of assets shifted on Ethereum blockchain in a day, has reached roughly $1.50 billion and matches with that of Bitcoin blockchain.

Tokens moved across Ethereum blockchain include Ether (ETH) and few more stablecoins such as Tether (USDT) backed by the blockchain.

The parity is primarily an outcome of the Bitcoin network’s performance, which hit a peak of more than $3 billion worth daily trades in July 2019, but was unable to maintain that level despite the increase in the value of Ethereum.

Being the second largest crypto by market cap, Ethereum blockchain recorded $115 million worth transactions per day in December 2018 and gradually increased to roughly $1.50 as of date.

Likewise, Bitcoin network also recorded consistent growth in terms of daily value transfer, but has not been used much after the crypto selloff in March. 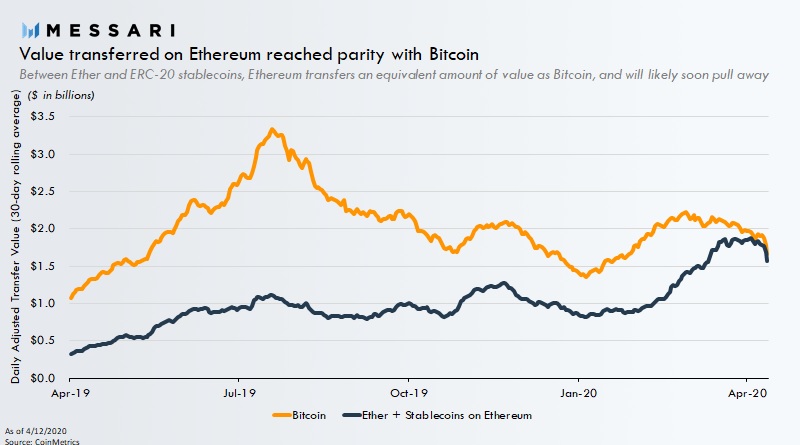 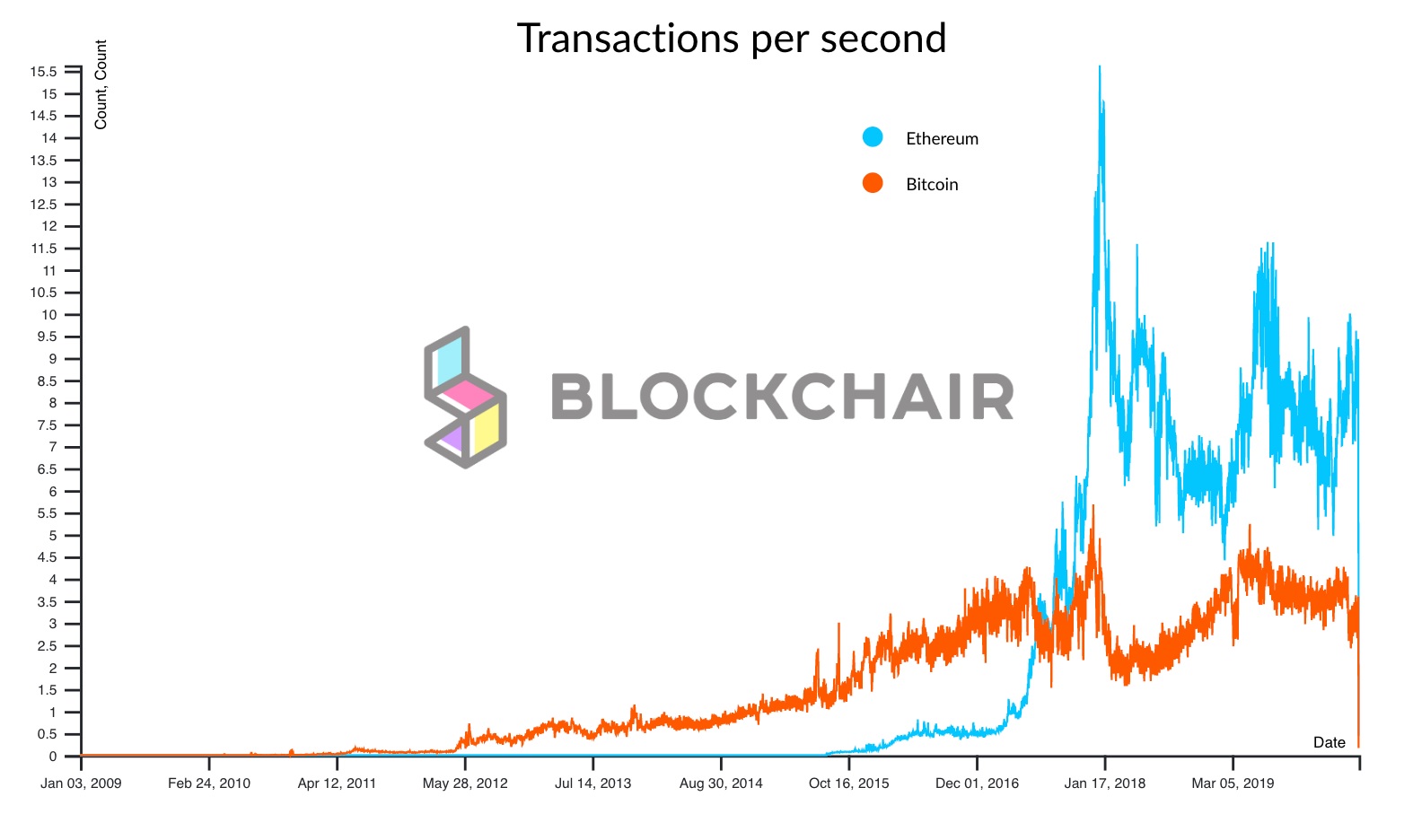 Even though both networks are supported by adequate number of core programmers, Ethereum remains the most active. At the end of first week of March, Ethereum network, on average, had 99 monthly developers, while Bitcoin stood in second place with 47 core developers.

Broadly speaking, Ethereum stands way ahead of others in terms of code contribution by developers. Ethereum blockchain depositories, on average, receive updates from 216 developers every month. On the contrary, Bitcoin receives improvements only from a little more than 50 coders.

Despite Ethereum blockchain’s lead, one Bitcoin is priced almost 40x higher than one ETH, even though the overall supply of Ether token is only 4x that of Bitcoin supply.