A non-fungible token is a kind of token that is made up of digital information that is kept in a distributed ledger that is implemented using blockchain technology. NFTs have, on a constant basis, been discussed as a commodity that should be supplanted in a variety of different businesses.

NFTs, which are powered by blockchain technology, is the primary focus of attention in the ticketing part of the sports sector. These businesses are trying to replace the traditional ticketing platform with the blockchain-based technology that is NFTs. From this perspective, a lot of sports fans, athletic events, organizations, and celebrities have started selling collector devices as non-financial prizes (NFTs).

The primary application case for NFT, which is why its introduction is now being investigated, is to substitute the existing ticketing platform in order to put an end to the practice of ticket forgery. Additionally, it has the potential to pave way for the official ramping up of ticket prices and assist the sports business in overcoming the ticketing problem in the long term.

The inter-ministerial diplomat for Olympic as well as other big sports event arrangements for the French government, Michel Cadot, has proposed the implementation of blockchain technology for tickets in top sporting events that the nation would conduct in the coming years. These events include the Olympics and other major competitions.

Cadot makes a major argument on the use of NFTs by referring to a straightforward example of postponement. The beginning of a game between the English soccer club Liverpool and a Spanish soccer club was held up because to widespread ticket forgery for the event. The contest was delayed, and Liverpool ultimately lost. An investigation revealed that 1,500 of the 15,000 tickets that had been distributed for the Liverpool had indeed been fraudulently produced.

Cadot made the observation that the use of blockchain technology in the sports sector would make it possible to eliminate the occurrence of situations like these. He continued by saying that major athletic events like the Rugby World Cup in 2023 and the Olympics in 2024 should absolutely use blockchain technology in order to prevent unneeded disruptions and create development in the industry.

According to Cadot, “The thorough dematerialization of non-transferable tickets, which were sent out by the organizer just few days prior by SMS messaging and included a spinning QR code that made use of blockchain technology. These tickets were enabled only within a digital perimeter that was comparable to the location’s security perimeter, which was inspected first during the pre-filtering and then taken down once the client had managed to enter the webpage of the rival.”

It is gratifying to see the expansion of NFTs as well as the increasing use of tokens across a variety of business sectors. NFTs certainly make a pledge to transform the financial aspect of the sporting world, and they have the power to bring about modifications that are necessary for branding the sports sectors in a manner that is contemporary. This is in relation to the world of sports. 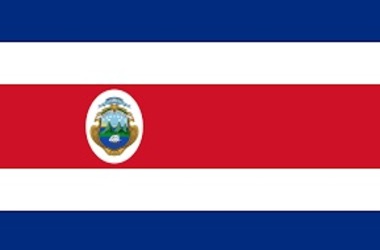