As Ukraine works toward integrating its digital economic aim with the EU, the country has shown willingness to become a member of the European Blockchain Partnership (EBP). As a result of this, Ukraine will become the third non-EU nation to do that, following the footsteps of Liechtenstein and Norway, who became a member beforehand. To facilitate the delivery of public services across international borders, the project was first established by 27 member nations.

In an effort to broaden the scope of its blockchain system to include more nations, the Ministry of Digital Information of Ukraine has declared that it will become an observer member of the European Union. In July 2021, the creator of Virtual Assets for the country, Blockchain4Ukraine, and Head of Parliamentary Group, Oleksii Zhmerenetskyi, sent a message to the European Commission expressing Ukraine’s desire to become a member of the EBP.

This was the beginning of Ukraine’s wish to become a member of the EBP (EC). They sent this information to the commission, stating that Ukraine is considering becoming an observer member of the European Blockchain Services Infrastructure (EBSI) and the EBP.

They notified the committee that Ukraine is eager to conduct a trial of the cross-border public services using blockchain technology and also hosting a test-node of the EBSI. Donations in cryptocurrencies made during the turmoil in Ukraine have indeed helped to establish a significant foundation and aided efforts made by the country to become part of the blockchain ecosystem. Following the completion of the blockchain interface pilot testing, the subsequent step will include the full implementation of the Ukrainian and European Union blockchains based on EBSI/EBP projects. After the pilot program and evaluation step are finished, the objective is to graduate to the full membership level.

Additionally, Ukraine is looking to form other blockchain collaborations in order to facilitate the provision of effective cross-border government services to a greater number of its inhabitants. These include the enrollment and assistance of asylum seekers and refugees, and also the validation of a person’s identification documents and academic background. While providing further information on the alliance, Zhmerenetsky noted that the decision to become a member of the EBP would result in a closer engagement with the EU.

Zhmerenetsky continued by saying that the blockchain alliance has a number of advantageous outcomes. The acceptance of Ukrainian credentials for higher education may decrease as a result of Ukraine’s membership in the EU, particularly for refugees living in Europe. Additionally, the government of Ukraine is interested in holding talks with the government of France on the possibility of collaborating on Markets in Crypto Assets (MiCA). This will guarantee that cryptos, whether they are stablecoins or unpegged crypto assets, are subject to the appropriate supervision. 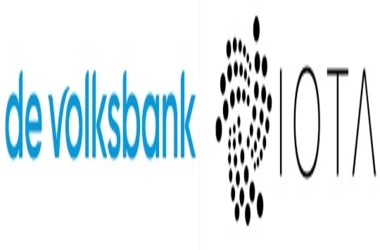