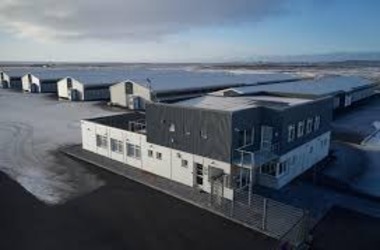 Landsvirkjun, Iceland’s national electricity utility, has reduced the amount of electricity it will offer to certain companies, including aluminum smelters and Bitcoin (BTC) miners. A representative from the island’s power utility stated that the firm has been forced to slash energy distributions to southwestern Bitcoin miners and numerous industrial sites due to a variety of issues, including a power station outage, minimal hydro-reservoir levels, and difficulty obtaining energy from an external supplier.

Mining businesses have long been drawn to the region owing to its availability of geothermal energy, which is harnessed to generate a cheap and abundant source of renewable energy. However, Landsvirkjun reports that from Tuesday, any new requests for power from mining activities would be refused for an undetermined amount of time.

Cloud Hashing relocated 100 miners to Iceland in 2013. HydroMiner GmbH, an Austrian business, raised around $2.8 million in November 2017 via an initial coin offering to put mining equipment directly into Icelandic power facilities. Non-renewable energy sources account for less than 1% of the country’s electrical generation.

The aluminum smelting sector in the nation has been worst damaged by the distribution breakdown. Aluminum prices increased 1.1 percent on Tuesday, reflecting a supply shortage caused by a recent jump in demand and the current power supply shortage.

Green blockchain projects have risen in popularity globally in 2021. At the COP26 meeting in Glasgow, Scotland, thought leaders discussed energy-intensive Bitcoin mining. At the convention, the GloCha United Citizens Organization for Climate Empowerment was launched. It will achieve climate change goals via the use of blockchain technology.