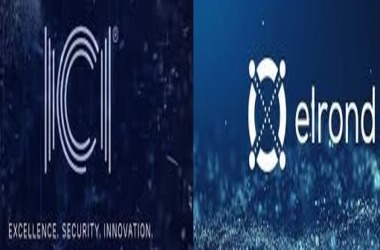 The National Institute for Research and Development in Informatics of Romania, popularly referred to as ICI Bucharest (ICI), made the announcement on Tuesday that it will be constructing an institutional level non-fungible tokens marketplace as well as a decentralized Domain Name System (DNS).

Both of these services will be based on the Elrond (EGLD) blockchain, which is well-known for its sharding-based capacity to increase transaction speeds. The Information and Computer Institute (ICI) was established in 1970 and is now the organization in Romania with the greatest experience doing government-aided study in the area of information technology. At the moment, it acts as a supervisor for the Romanian National Register for Domain Names.

According to what Elrond has said, the projects would be the pioneering efforts of their sort anywhere inside the European Union. The digitization, accessing, transferring, and storing of official papers, property records, or different certifications via the utilization of a distributed blockchain identity has the ability to be one of the uses for the NFT marketplace.

In the meantime, ICI is working on a plan to use Elrond’s 3,200 robust network validators in order to circumvent the security flaws that are inherent to outdated DNS and TLD networks.
Adrian Victor Vevera, general director of ICI Bucharest, opined:

“Technologies based on Web 3.0 have the potential to revolutionize public administration by assisting its institutions and procedures in making quantum leaps ahead when it comes to speed and efficiency while also reducing overhead expenses, and the number of unnecessary bureaucratic tasks.”

According to Elrond, this blockchain is capable of processing a maximum of 15,000 transactions per second, has a delay of just six seconds, is carbon-negative, and has almost no transaction fees. It was not really Elrond’s first trip to Romania; he had been there before. Elrond’s plan to acquire the Romanian financial technology company Capital Financial Services, more commonly known as Twispay, was authorized by the National Bank of Romania three months earlier.