Rep. Sung Il-jong, top policymaker for the People Power Party (PPP), said on Monday that his party is exploring the introduction of legislation for “blockchain-based platforms,” but he did not disclose the specifics of what is planned. This would be done in order to better safeguard investors.

During a party-government consultative meeting on cryptoassets that took place on Monday, the minister provided the audience with an update on the government’s plans. According to Yonhap News, Sung made reference to certain provisions that are already included in the special financial transaction law, which seeks to regulate money laundering and the financing of terrorism. Despite this, he stated that the law was not structured to deal with cryptocurrency in particular.

The PPP and its integrated Financial Supervisory Service (FSS), which oversee financial firms under direct authority from the Financial Services Commission, will also set about creating a self-regulatory system. This will be done in tandem with the PPP’s plan to privatize the Postal Service. During the course of the meeting, representatives from five of the most prominent cryptocurrency exchanges in the country, including Upbit, Korbit, Bithumb, and Coinone, raised their hands in order to initiate the formation of a joint consultative body that will seek to monitor compliance with both newly implemented rules and rules that are already in place.

Fear engulfed the cryptocurrency market in May, which forced authorities to take action and spurred the potential of additional measures. This fall of TerraUSD caused shockwaves to spread throughout whole digital asset sectors in May, which in turn prompted the possibility of further regulations. The consideration by the governing party comes at the same time as an announcement by a cryptocurrency lender called Celsius that it will halt withdrawals and transfers from its platform due to “extreme market circumstances.”

Nathan Thompson, the main tech writer at Bybit, told Blockworks on Monday that “concerns regarding the solvency of Celsius have risen,” and that in response, the platform has suspended withdrawals. The corporation is playing defense by taking this action. Users who are unable to access their cash, on the other hand, are naturally frustrated.

Fears of a spillover to particular areas of crypto, such as DeFi and stablecoins, are driving further sell-side pressure in an environment that is already struggling to maintain its footing. This is the case in both situations.

South Korea’s recently elected administration has made it a priority to overhaul a significant number of the nation’s current fiscal and economic policies, one of which is the country’s stance on digital assets. Both South Korea’s PPP and FSS have found that the current state of the industry, in conjunction with election pledges, justifies extra stringent controls. On Monday, the head of the Financial Supervisory Service (FFS), Lee Bok-hyun, was quoted as saying that the formation of a regulatory mechanism to supervise cryptocurrencies is a necessary aspect in order for the cryptocurrency sector to enjoy any “responsible growth.”

The head of the Financial Stability Service (FFS) noted that building a self-regulatory system with the involvement of “private specialists” is something that also has to be explored given the complicated and unpredictability character of crypto. 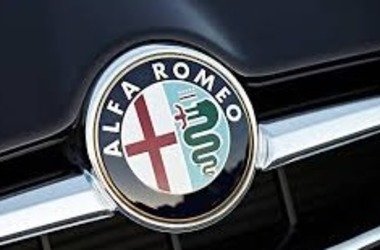