As is well-known, IOTA launched its Shimmer network in September 2022, which acts as a staging platform for the IOTA blockchain. The Shimmer network provides as a testing ground for novel developments prior to their introduction to IOTA.

The Evvrything application will include all aspects of social media, including content management, content production, trading groups, NFTs societies, and more. The Evvrything social media application is at a preliminary stage of creating and will be driven by the Socitey-2 infrastructure.

In the last few years, different project developers have attempted to create social media with the IOTA blockchain. This is due to the fact that they can utilize the IOTA money and IPFS as a storage solution, making it quicker than any blockchain. In addition, IOTA’s DAG-powered system architecture decreases the likelihood of manipulation by a third party or the issue of a single-node failure in the data centre.

The Evvrything social media platform will be fueled by Society2, a newly developed decentralized social media initiative. As stated before, Big Tech firms have a massive amount of customer information from all over the globe, and so they have complete control over user privacy. Consequently, several parties have collaborated to develop privacy-centric solutions by harnessing the capabilities of blockchain.

Society2 is an example of a decentralized social media initiative that enables people to retake ownership of their information. In addition, it permits all IOTA node operators to operate their native social media programs and websites. Society2 introduced the program publicly in May of 2022.

We'll go with one most people are available for a max stress/bug test.

Help us spread the word by retweeting 🙏
More to come.

The latest DeSM initiative enables users to choose their degree of privacy “openly, clearly, and effortlessly.” Here, individuals will have the option to see advertisements according to their preferences and may be compensated for doing so. This micropayments-based model will be supported by IOTA’s profit-sharing with users. Additionally, it will guarantee an equitable income share between content providers and consumers.

The data that is exchanged on Society2 will be “portable.” Therefore, any customer who is dissatisfied with the social network may shift to a different platform. Ben Royce, director of innovation at Society2, said, “SOCIETY2’s structure is vastly distinct from that of current social networks. The owner of an IOTA node may operate a social networking site or app by downloading an open source layout from a list, with or without modifications. 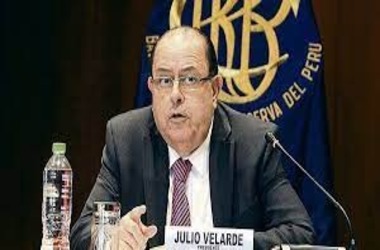