Chrysalis upgrade, which enables IOTA mainnet, running on tangle technology, to handle up to 1000 transactions per second (TPS), has been completed successfully. Previously, IOTA’s tangle technology had the ability to complete roughly 20 TPS.

As per a blog post made by IOTA Foundation, Chrysalis (aka IOTA 1.50 version of protocol) is now active. Chrysalis has been built to act as intermediate transformation before the removal of Coordinator from the IOTA ecosystem.

It can be noted that Coordinator refers to a centralized server administered by IOTA’s core team of developers, with an aim of establishing validation points in transaction history.

With the implementation of Chrysalis update, the confirmation time for transactions involving token transfers on the IOTA mainnet has been slashed to four seconds in some instances, almost 8x quicker than earlier.

During piloting of the testnet, the network could prove its ability in successfully handling over 1000 TPS as IOTA has claimed that the network has ability to reach 1500 TPS.

The protocol upgrade, referred to as Chrysalis Phase 1, is the second of the three steps in realizing “Coordicide,” a jargon indicating the removal of the Coordinator, before updating to Phase 2 in the last leg of this year. Phase 2, after implementation, will render support to a new signing scheme and with it reusable addresses, UTXO, new node API, new client library API, a brand new wallet for both desktop and mobile and more.”

IOTA’s core team has revealed that it had begun the initial stage, Pollen, in June. Nectar phase is scheduled for fourth-quarter and is anticipated to offer a complete installation of Co-ordicide modules on testnet, which will award White Hat teams for identifying bugs or any other vulnerability before rolling out the mainnet. Network partakers can create “nectar,” or rewards for identifying vulnerabilities or likely attack vectors.

The last phase in the testnet for IOTA 2.0, Honey, will install all final Coordicide modules, reflecting the initial variant of IOTA 2.0, or totally decentralized IOTA mainnet. The completed upgrade on mainnet is anticipated in early 2021. 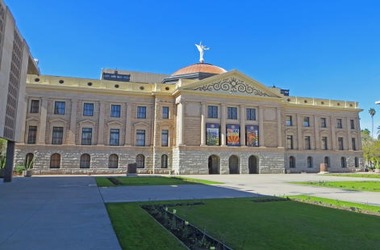