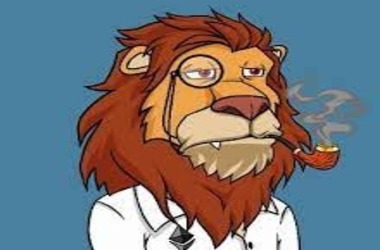 A group of four guys in Sydney, Australia, started the current internet fad by developing the Lazy Lions NFT, a clannish collection of 10,000 distinct lion characters that sold out in five hours for more than $1.5 million. Non-fungible tokens (NFTs), are digital assets held on a blockchain digital ledger, a technology that has traditionally been linked with cryptocurrencies.

This implies that the Lazy Lions may be purchased and sold, basically as an asset, with the most expensive one sold for more than $35,000 so far. Lazy Lions is stored on the Ethereum blockchain, which enables users to create a safe public network for a broad range of digital assets such as artwork, using Ethereum token purchases.

Lazy Lions joins the ranks of previous NFTs such as Cryotopunks and the Bored Apes Yacht Club in this regard, with the sleek and relatable lion drawings generated from a mix of more than 160 potential characteristics such as clothes, mane, expression, and much more. There is also a selection of extremely desired oddities among the produced NFTs.

It wasn’t long after Lazy Lions launched that it proved to be a success: The platform became overwhelmed with the number of sales they experienced. The project is now completely subscribed, with over 3,000 distinct holders in the group.

The Lion was an easy option for the team since, as Assyrians, they had grown up surrounded by sculptures and pictures of Gilgamesh, with the lion making a regular presence. They recognized the attraction of the Lion and also the communal element of the lion pride, and they were magnificent and strong.

The creators then created a backstory for the Lions, who became wealthy in the NFT universe and are now residing on a private island community, wandering unfettered and napping a minimum of 20 hours per day! That lethargy, nevertheless, should not be misconstrued; just as wild lions seek and defend their pride, the creators are as devoted to their community.

Another fundamental principle of the Lazy Lions is that all holders are kings (or queens); and nobody is greater than the rest, and all community members must give respect to each other. The Lazy Lions’ rapid success is mainly due to this community element, with a Roadmap focused on contributing to the group and a well backed Discord presence at its core.

Discord is a web communication tool that facilitates immediate chat and digital distribution, making it suitable for the development of collectives like Lazy Lions. Clarity in interactions with the creators, such as the latest AMA (Ask Me Anything) conference and giving and receiving continuous input and comments, has also contributed to the venture’s initial success.

This transparency may also be traced back to a distinct pre-sale opportunity provided to prize-winning individuals in the run-up to the debut, and also messages around an extra 80 blank NFTs, which were minted at the launch framework crash and were slated to be burnt. The Lazy Lions Roadmap has numerous unique characteristics for holders, as well as incentives for continued possession and engagement.

Starting soon, Lazy Lion holders will gain their proportion of 2% of resale royalties in a distinctive ROARwards Program that recognizes community interaction and ownership resumption, with additional share points won by owners showcasing their Lazy Lion on their Twitter bio and following rest of the Lazy Lion holders on the framework.

The Lazy Lions play-to-earn competition, which offers extra community rewards, is also starting started. Owners may also get unique goods, and owners of Lazy Lions with a yet-to-be-disclosed characteristic will be eligible for free extra products. The Bungalows, a banner picture NFT featuring a distinct, randomly chosen private villa for each Lazy Lion, is an additional bonus for holders.