In the recent edition of Keiser Report program, telecast on March 31, Keiser opined that the coronavirus pandemic will force billionaires to purchase gold as it is perceived as a safe haven asset.

Once the stockpiling of gold ends, Keiser predicts that the only other option available is Bitcoin. He epitomized:

“I predict — and this is not only the ultimate use case but the ultimate irony — that once people realize that they cannot get gold, they’ll start flocking en masse into Bitcoin.”

His argument stems from a report published by Bloomberg on March 25, which cautions that the gold industry was “facing unprecedented turmoil” due to a surge in demand.

The precious metal has recorded considerable price volatility in 2020.

Gold has several disadvantages over Bitcoin. The precious metal, in stark contrast to the numero uno cryptocurrency, is costlier and risky to transport, particularly across borders, and generally requires a reliable third party to act as custodian. 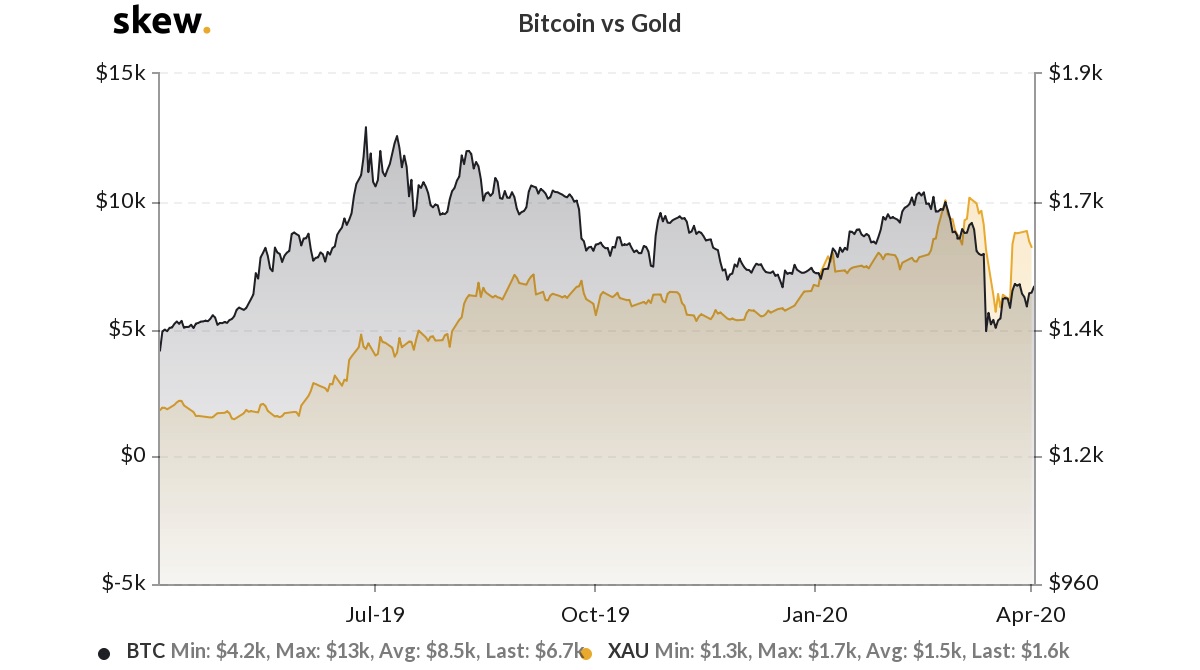 Furthermore, there is no way to assess whether an ounce of gold sold to a user is pure and free of encumbrances.

In case of Bitcoin, validation can be done on blockchain.

Gold, which is derived from the old Latin word Aurum, is directly or indirectly connected to fiat money. However, Bitcoin has no correlation with gold.

A rise in the price of gold will encourage miners to identify more deposits. However, Bitcoin supply is limited.

In his publication titled “The Bitcoin Standard,” Saifedean Ammous points out that Bitcoin supply cannot be increased, even if there is a strong increase in price, mainly due to difficult adjustment characteristic.

Regarding supply, Keiser Report pointed out that contrary to financial crisis in 2008, gold mines are suspending their operation because of coronavirus issue.

Keiser report co-host Stacey Herbert added “We could be encountering a severe crisis in the gold markets, just like in the toilet paper markets.”

“Remember: billionaires think of gold and silver the way the unemployed think about toilet paper.”