OpenSea, a prominent non-fungible token (NFT) marketplace, has debuted on the layer-1 blockchain Avalanche (AVAX). According to TechCrunch, both businesses have verified the story, stating that OpenSea would function on the blockchain alongside current platforms such as NFTrade, Joepegs, and Kalao.

OpenSea customers would be able to settle NFT transactions in less than a second with cheap transaction costs, according to a report by the business. In addition, the marketplace will contain all Avalanche-based NFT collections, with more collections being added over time.

The vice president of product at OpenSea, Shiva Rajaraman, is reported as stating, “The future of web3 is multichain,” while the president of Avalanche creator Ava Labs, John Wu, claimed the same thing.

“We listen to our community, and a portion of our community desired OpenSea very much. […] OpenSea was desired by our burgeoning and thriving maker and NFT community.”

Additionally, the Web 2.0 organizations with whom Avalanche is collaborating, such as businesses, consumer brands, and sports teams, want OpenSea as an option on Avalanche. Wu remarked, adding:

“They want to know that there is a scalable chain since [Web 2.0] is so much larger than web3. They want a chain that can manage large quantities of user activity. […] These brands are much more at ease collaborating with OpenSea.”

Avalanche is sometimes cited as a competitor to Ethereum (ETH) because to its faster transaction speeds and especially cheap gas expenses. Avalanche is the tenth biggest blockchain by NFT sales volume according to CryptoSlam. 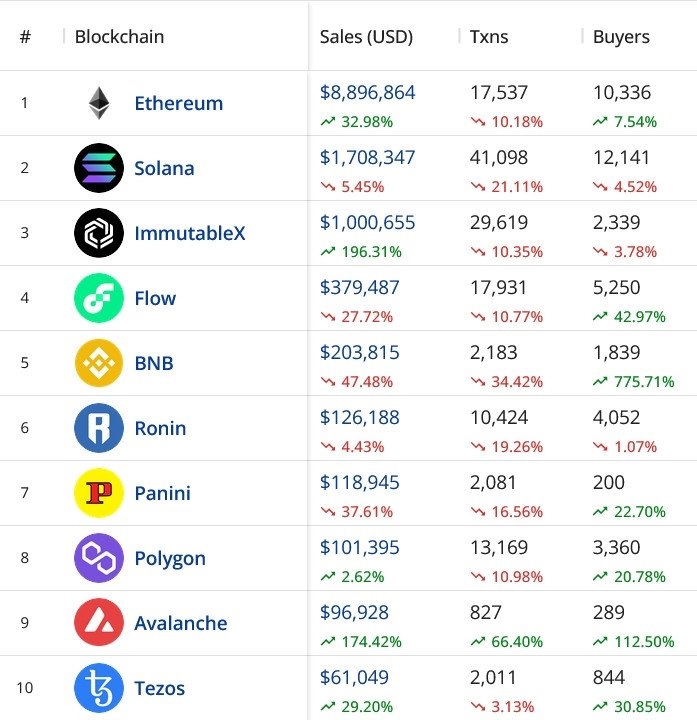 OpenSea is the biggest NFT trading platform in terms of trade volume. Wednesday morning (UTC) it had a daily volume of $9.88 million and a weekly volume of $74.53 million, according to DappRadar.

After working with the @avalancheavax 🔺 and several projects, we can’t wait to meet the rest of the community.https://t.co/cZm0FJ0I1O

TechCrunch cited Wu as saying, “That,”

“The whole NFT market is declining significantly. […] But if you dissect the NFT market […] most of the fluff disappears. What is beginning to gain momentum is a new category of usefulness and fan involvement, as well as other categories beyond the collectibles industry.” 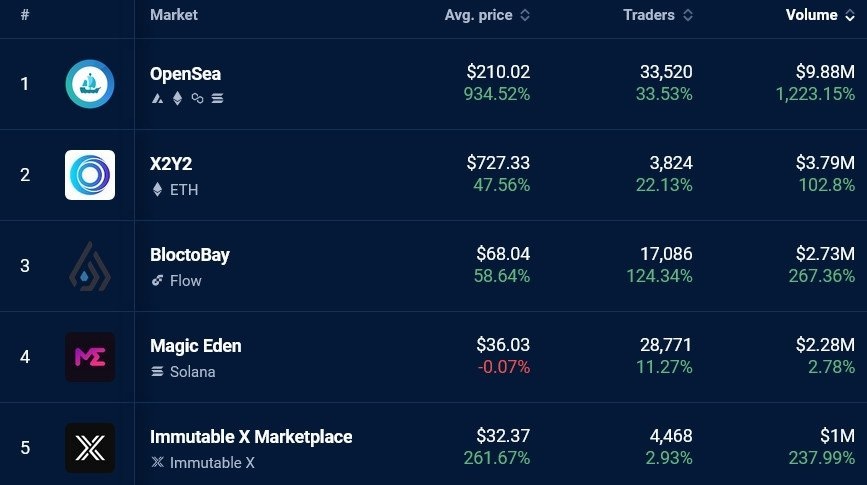 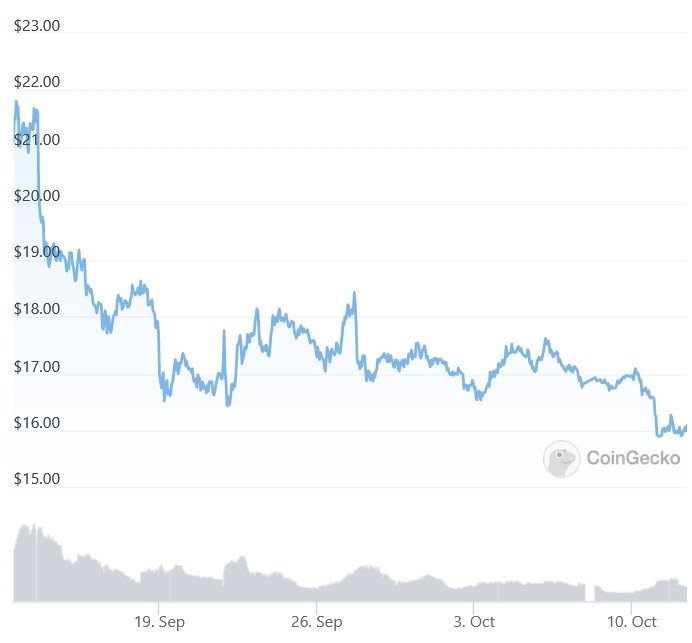 The price of AVAX, the seventeenth-largest coin by market capitalization, is constant in a day, 8% lower in a week, and 22% lower in a month. It is also down 89% from its all-time peak in November 2021.