OkEx cryptocurrency exchange’s staking division OkEx Pool revealed that it partaking in a Ethereum 2.0 testnet in the form of a Proof-of-Stake validator.

OkEx is now operating as a validator of blocks in the Ethereum 2.0 Topaz testnet, unveiled by Prysmatic Labs.

Alysa Xu, the chief strategy officer for OkEx stated that the exchange trusts in the ability of Ethereum and its function in the crypto sector.

Additionally, Xu disclosed that OkEx intends to foster Ethereum advancement after entering into a partnership with Prysmatic Labs, which is among a handful of firms working on Ethereum 2.0 client.

The Ethereum Foundation is encouraging several standalone ventures to be started. As this software defines how a blockchain functions, it is necessary for all installations to remain synchronized with each other.

The Topaz testnet is the latest version of Prysmatic Labs’ trialing ecosystem, unveiled on April 16. It substituted the earlier variant, named Sapphire, rolled out last year. One of the distinct modifications in the latest variant is the minimum tokens to be set aside for staking, an increase from 3.2 ETH to 32 ETH.

To gain control of Topaz testnet, one has to deposit ETH on the Goerli testnet, which is hosting standard Ethereum 1.0. This link is necessary to trial one of the crucial components of Ethereum 2.0, the deposit contract. The smart contract handles all staking activity and is a major part of the intended Phase 0 overhaul.

In January, the Ethereum Foundation unveiled a grant to the coders of Nimbus, which is another Ethereum 2.0 client. Still, there is no clarity as to when Ethereum 2.0 will be rolled out officially.

Coders earlier guaranteed the community that the initial stage will probably be attained before the end of this year. Proof-of-Stake systems are usually dominated by exchanges which take part in the block production process by staking.

The Steem acquisition fiasco highlighted the threat of staking pools. Broadly speaking, cryptocurrency exchanges do not permit their clients to use their voting rights or capitalize on staking. OkEx seems to be an exception. 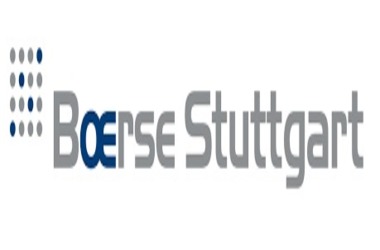