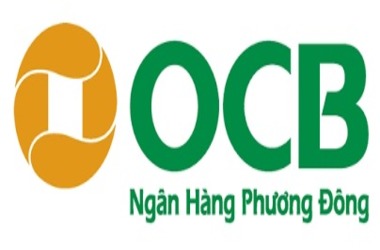 Deemed as one of the top banks in the Asian country, OCB administers roughly $4.60 billion in assets. Nguyen stated that they have partnered with RippleNet and can be referred to as “strategic partners.”

The headquarters of OCB is located in Ho Chi Minh City. The institution has over 130 branches across the Asian country.

Its services are centered on offering loan facilities to retail customers and small and medium enterprises. In 2Q20, 15% of the bank’s shares were bought by Japan’s Aozora Bank.

Nguyen stated that the cooperation has come into being after 10 months of preparation in which several “resources were mobilized” and application areas were studied on enterprise grade. In that respect, the chief of Fintech of the OCB stated as follows:

“I would like to announce that OCB officially joined RippleNet as a strategic partner. With this investment to blockchain technology which is powered by Ripple, we target to apply new technology to business in order to cut down expense, boost productivity and bring transparency and the best service to customer with Remittance & Cross-border payment – competitive fee, instant-payment.”

Additionally, Nguyen expressed appreciation of Ripple’s Singapore staff for “their dedication and commitment”. The partnership intends to provide additional services and enhance those previously provided by the banking institution to its clients in Vietnam.

The chief of Fintech accepted to reveal additional info in the coming days regarding the manner in which the partnership will pave way for causing a disruption in banking, financial and insurance facilities.

The XRP community has responded positively to the collaboration between Ripple and the bank. An advocate of Ripple opined that it is another landmark in the rising adoption of Ripple’s products. Another user explained about the benefits of the partnership and its likely future impact on Ripple:

Some context on OCB: it is a joint venture between Vietnamese gov’t and BNP Paribas. Vietnamese gov’t/banking industry has deep ties to Chinese gov’t. This is big- it represents one more puzzle piece falling into place.

So, based on the aforesaid info, we could speculate on continued adoption of Ripple in Asia region. In addition to OCB, TB Bank is another major partner of Ripple in Vietnam. Following the receipt of “CX Impact” award at the Ripple Swell Conference, TB bank representatives stated that the organization is “eager to innovate.”

From the beginning of July, there are words on the street that Ripple could open a payment channel for Vietnam. Speculation started after Ripple’s associate SBI Remit partnered with Bank Michinoku. The objective of this partnership is to pave way for simplifying the process of remittance to Japan.