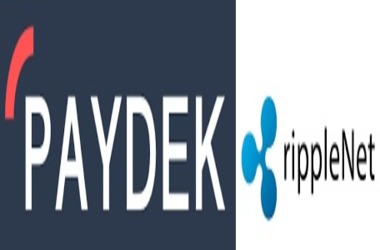 Paydek, a UK-headquartered payment processing firm, is opting for RippleNet platform to extend its presence in Latin America and Africa. Paydek, which primarily serves gig economy employees, is still working to expand its payment framework.

With the COVID-19 epidemic, the gig economy has grown significantly, increasing the count of unaffiliated freelancers and workers. This is especially relevant for emerging economies such as Africa and Latin America.

Getting timely payments, on the other hand, continues to be a significant problem for freelancers. According to experts, the conventional SWIFT environment is incapable of meeting the needs of the gig economy. Paydek intends to alter this situation by utilizing RippleNet, a blockchain technology based fast payout system.

The UK headquartered payments company initially used RippleNet to meet the requirements of on-demand employees in Africa. It is now extending its presence in Latin America via a partnership with Localpayment.

“At Paydek, our aim is to provide the utmost practical and low-cost payment solutions to our customer base,” stated Terry Hopkinson, Managing Director.The two additional Ripple links in Africa and Latin America represent yet another step in the evolution of unique domestic payment channels and payment processing framework for our customers and associates.
The capacity to offer quick payment delivery as well as a diverse range of payment alternatives is critical to our customers’ financial security. Paydek is best placed to provide an improved service to our clients with domestic bank transfers into the Latin America region, where we are witnessing massive growth for our consumers, with the inclusion of Localpayment’s experience and assistance.”

Paydek now handles nine African currencies. Paydek will handle currencies such as MXN, ARS, CLP, and UYU throughout Latin America via a partnership with Localpayments. RippleNet is a worldwide blockchain network that enables companies to execute cross-border remittances in real time.

Sendi Young, Managing Director of RippleNet Europe, commented on the initiative, saying, “Broadening RippleNet to effectively support Paydek’s clients is a testimony to the potential of blockchain technology to substantially change global payments. Ripple is expanding its footprint in Africa and Latin America via Paydek in order to promote innovation in digital remittances in areas where quicker payments are critical to people’s livelihoods.”

In recent times, a Goldman Sachs analyst said that Ripple has the ability to change the internet payments sector. According to the expert, after Ripple solves its issue with the SEC, ripple’s XRP will gain more acceptance at payment gateways.