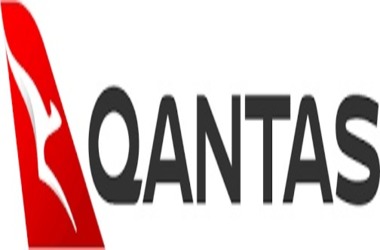 Qantas will offer a series of non-fungible tokens (NFTs) displaying its vintage airplanes and liveries sometime this year, becoming one of very few major ASX-listed firms to adopt digital assets. The launch is scheduled for the middle of 2022, and tokens will be divided into four types and pricing ranges according on the accommodation classes – first, business, premium economy, and economy.

Qantas will reward purchasers with frequent-flyer miles and prizes if they buy the whole bouquet of classes. NFTs have risen to prominence in the last one-an-a-half years, with firms and popular personalities, including Disney and Paris Hilton, producing digital assets that are trackable, marketable, and unalterable.

The coins are underpinned by blockchain technology, which paves way for the scarcity of digital photos and information. Customers have been collecting tangible Qantas souvenirs for ages, according to Stephanie Tully, and the NFTs would represent the upcoming generation of collectibles.

Tully said “We understand how important it is for our consumers to have their own distinctive slice of the national airline. By harnessing blockchain technology to showcase our legacy and vision, a Qantas NFT series helps us to connect with the next era of aircraft and digital art fans.”

The airliner has yet to decide out whether sale would be conducted as an auction or simply as a shop. While the NFT market has started showing symptoms of a collapsing bubble and confronts heavy environmental outcry, Qantas is among the first large ASX-listed firms to jump into Web3 and blockchain-powered digital products.

Although most NFT transactions take place using bitcoin, which needs a tremendous amount of energy to process and retain, NFTs have been accused of causing more greenhouse gas emissions. Once the NFT series debuts in the middle of the year, a Qantas spokesman said the airline plans to accept both cash and cryptocurrency payments.

NFTs have been a popular method of engaging customers in the last few years, notably in the sports sector — the Australian Football League, Cricket Australia, the National Basketball League, and Tennis Australia are all developing cryptocurrency and NFT initiatives. NFTs are expected to earn over $US2 billion (~$2.7 billion) in 2022, according to Deloitte.