Ripple, in its latest media release, has revealed that it has set up a new firm in the crypto friendly state of Wyoming. According to an official record submitted with the Wyoming Secretary of State, the company has submitted the paperwork for the new company Ripple Markets WY LLC on November 2, 2020. The proposal has been accepted for an indefinite period.

Caitlin Long, Founder and CEO of Avanti Bank & Trust, informed details through a tweet and also welcomed Ripple to a “better domicile than Delaware due to our crypto-friendly laws.” Notably, in September 2020, cryptocurrency exchange Kraken turned out to be the first cryptocurrency exchange in the country’s bank history to obtain a banking license approved under Wyoming’s federal and state laws.

Jesse Hynes, attorney of the Hynes Law Group, has also extended a warm welcome to Ripple. Through multiple tweets, the attorney pointed out that Ripple’s decision was a “smart move” with respect to the pending US Securities and Exchange Commission (SEC) lawsuit.

Hynes clarified that the establishment of new company by Ripple in Wyoming will not have an impact on the outcome of the lawsuit, but paves way for fresh opportunities for the company. In case, a court judges XRP as a security, Hynes pointed out that Wyoming could be transformed as ‘home” for the crypto token.

Okay, here we go: it is important to start this off by saying that state laws DO NOT pre-empt federal securities laws. So, if XRP is deemed a security, it’s a security. BUT, by moving HQ to Wyoming, @Ripple has just ensured that win or lose, there is a home for XRP 1/ https://t.co/vLj0xKEkvo

Furthermore, in Wyoming, SPDIs can also act as custodians of securities. So, that provides a “win, win” situation for Ripple, in case it loses the case. Ripple could collaborate with an SPDI in Wyoming and run ODL Hynes believes that Ripple can hook up with a Wyoming SPDI that has its charter AND Certificate of Authority (Kraken delisted because it had its charter but not certificate of authority yet) and continue their pursuits.

WELCOME TO #Wyoming, @Ripple! More #crypto cos are realizing Wyoming is a better domicile than Delaware due to our crypto-friendly laws. People often ask how many cos have relocated/redomiciled to Wyoming–we dunno. We don’t keep lists & we like it that way #XRP @Mark_Gordon_WY🤠 pic.twitter.com/zsUApz25Jy

There is an anticipation from the attorney that Ripple will enter into collaboration with an SPDI such as Avanti in the months ahead to carry on with its business of providing On-Demand Liquidity solution in the United States. During the period, they will enough leverage to “determine their next steps in the litigation.”

The attorney also assumes that Ripple will join hands with Kraken or Avanti Bank, which are categorized as SPDIs, as they already own relevant Certificate of Authority that could enable them to move forward with the ODL in America while identifying further steps in the legalcase.

Nevertheless, Hynes preferred not to be called as an expert in the law of Wyoming. Therefore, his statements should not be construed as legal suggestion. Still, the attorney trusts that there is a possibility for Ripple to conduct business in other states of the US in partnership with an SPDI.

In case of other states, there is a claim that a bank holding an SPDI could run its business even in states such as New York without a need for Bitlicense. 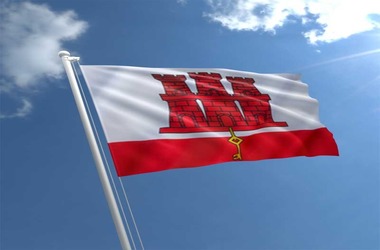