A blockchain exchange-traded fund (ETF) to monitor the performance of key cryptocurrency firms, including Coinbase and Galaxy Digital, is being launched by Sber, a Russian government-backed corporation and the country’s biggest bank. As Sber Asset Management formally revealed the news Thursday, the new exchange-traded fund (ETF) is connected to a variety of blockchain and cryptocurrency sector enterprises, including companies that offer gear and software for mining and releasing cryptocurrencies.

Dubbed “Sber — Blockchain Economy,” the fund will be represented by the ticker SBBE and will follow the namesake index produced by SberCIB, an unit of Sber Group that specialize in investing. SBBE’s holdings will comprise a few of the world’s most prominent cryptocurrency firms, such as Coinbase, the leading cryptocurrency exchange in the US; Mike Novogratz’s investment firm, Galaxy Digital; and blockchain solution provider Digindex.

SBBE’s base currency is the US dollar, but investments can be made in Russian rubles through the SberInvestor app or through “some other Russian broker,” according to the company. According to the release, the starting price of the share will be 10 rubles ($0.013). This will be “the foremost ETF in Russia that will enable investors to generate income in the blockchain sector without the obstacles related to direct creation, purchasing, retaining, and selling cryptos,” as per the statement.

Direct capital inflow in cryptocurrencies are fraught with danger, and dealing with them on one’s own is quite tricky. As a result, Sber Asset Management CEO Evgeny Zaitsev has said that the company would not invest in cryptocurrency, but rather in companies that are related to the advancement of blockchain technology. He went on to say that “any person” would be able to invest in the latest ETF.

The announcement comes only a few weeks after Sber Asset Management chief Vasily Illarionov revealed the company’s ambitions to launch a blockchain ETF in mid-December. In his statement, he stated that the fund will not be affected by the Bank of Russia’s limitations and individual investors. Recently, the Russian central bank prohibited mutual funds from purchasing cryptocurrencies such as Bitcoin (BTC) and offering cryptocurrency access to either certified or ineligible investors, according to earlier published reports. 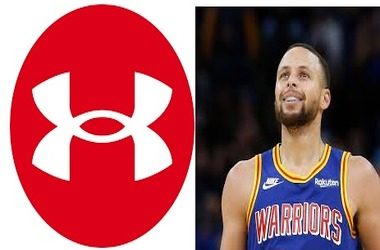