According to a commissioner, a Bitcoin (BTC) exchange-traded fund (ETF) is almost certain to receive approval from the US securities watchdog. In an upcoming interview made public on Twitter on February 5, the political newsletter Congressional Quarterly revealed the comments.

Robert J. Jackson Jr., the only Democratic commissioner of the Securities and Exchange Commission (SEC), said the routine of rejecting the applications for Bitcoin ETF will definitely undergo a change.

The leaked interview indicates that Jackson Jr. told the publication, “Eventually, do I think someone will satisfy the standards we’ve laid out there? I hope so, yes, and I think so.”

In 2018, the SEC considered several ETF proposals, but to the disappointment of investors most of those applications were rejected and decision related to the rest was postponed. One applicant, VanEck, spent a considerable time in a wide-ranging interaction with the SEC to resolve various concerns about its ETF offering.

Last month, the shutdown of the US government caused the application to be briefly withdrawn before being placed on table a week later for the SEC’s consideration.

Jackson has nonetheless underscored an effort by Tyler and Cameron Winklevoss for an ETF in March 2017 as an example of how mentalities and the market have changed. When the SEC turned down the ETF application of the twins in March 2018, Bitcoin underwent significant volatility, an occurrence that has now lessened significantly.

Jackson Jr. further said “There you had a situation where the risk for manipulation and for people getting hurt was enormous. The liquidity issues in the market were very serious.”

US SEC Commissioner Hester M. Peirce also earlier disagreed with the second rejection of the Winklevoss Bitcoin ETF by the watchdog in July 2018, stating that the SEC inherently made an error in the policy decision. Other credible sources also said that it is a case of when ETF will receive official approval in the United States-including cryptocurrency proponent Andreas Antonopoulos-but some remain cautiously optimistic about its applicability in the industry.

#SEC Commissioner Jackson in an interview to be published next weeks is optimistic that a “fund based on #bitcoin” will eventually be approved, expresses concern about the proposed ETFs submitted to date. pic.twitter.com/3BCuiBd4CB 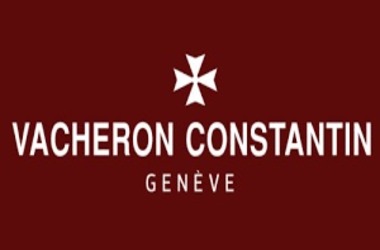