Sotheby’s has been sued in New York for the sale of a non-fungible token (NFT) for nearly $1.5 million through the auction company. The ‘Quantum’ NFT by artist Kevin McCoy is considered noteworthy since it is one of the earliest NFTs, dating all the way back to 2014. That was before to the debut of Ethereum or the coinage of the term NFT. Thus, holding Quantum may have a cachet comparable to or higher than that of holding a CryptoPunk NFT. This is not your ordinary copyright or trademark dilution action against a non-financial institution. It’s all about transferring data across multiple blockchains.

Currently, if you’re offering an NFT, it should preferably be on one of the more popular blockchains to facilitate transfer. Thus, McCoy re-minted the NFT on Ethereum last year, but as a replica of the first and with the intention of surrendering the copyright to the original. And this is where the legal issue occurs. The initial NFT was created on NameCoin, a blockchain inspired from Bitcoin’s technology but modified to function identically to domain names. Domain names must be renewed at least yearly. Additionally, NameCoins must be renewed about every 200 to 250 days.

Additionally, McCoy did not renew his enrollment in 2015 after establishing his NFT. If you do not renew your domain names, they might be claimed by others, and NameCoin looks to function similarly. However, none claimed the moniker McCoy established in 2014 for six years. McCoy began discussing his early NFT in March 2021, and Quantum was highlighted in a piece on Axios, apparently to generate interest. The article examined the Quantum NFT’s historical significance, including an Axios report that “Quantum is for sale” and “may bring up to $7 million.”

Considering that the NameCoin entry had been idle since 2015, it’s fair to assume that someone using the Twitter handle @EarlyNFT re-registered that “name” on April 5, 2021, soon after the Axios piece was published. EarlyNFT is suing Kevin McCoy, Sotheby’s, and NFT venture Nameless, which is accountable for the ‘condition report’ on the Sotheby’s portal. The initial NFT is claimed by Free Holdings. EarlyNFT claims that he sought to contact McCoy the day after acquiring his NameCoin in 2021, as well as multiple times afterwards. On the surface, the 2014 blockchain entry’s contents seem to be terrible news for the original creator.

It begins, “I claim title to the file located at the URL http://static.mccoyspace.com/gifs/quantum.gif.” Additionally, “Title goes to the owner of this blockchain record.” One inference is that EarlyNFT is attempting to deceive, although he may have some constitutional protections here. As a result, there may be more to it. If you examine the blockchain data, you will see that when EarlyNFT enrolled the name in 2021, it was considered a ‘new’ name.

He then modified the entry’s contents (metadata) to include the identical words from the original post, which includes a link to the McCoy artwork. Contrast this with the process of getting a domain name. If a domain name expires, it might be claimed by another party. However, they cannot claim the contents of the previous website, since the domain and the website are not synonymous. Currently, EarlyNFT controls the NameCoin ‘name’. “d41b8540cbacdf1467cdc5d17316dcb672c8b43235fa16cde98e79825b68709a” is not very user-friendly.

However, the issue is whether he holds rights to the initial information linked with the ‘name’ during its first registration. According to the Sotheby’s condition report, blockchain firm Nameless said that the “particular Namecoin record was deleted from the system after not being refreshed, thus burning it from the chain.”

According to EarlyNFT, the term “burning” is erroneous. The counter-argument in support of EarlyNFT is that the first entry said, “Title goes to whomever owns this blockchain record.” Then it becomes a matter of defining the “blockchain entry.” If it is the name, this might work in favor of EarlyNFT. If the 2014 block or transaction entry is in question, it is unclear who ‘controls’ it.

On June 7, 2021, while the Sotheby’s sale was still in progress, EarlyNFT updated the NameCoin ‘name’ with the notation “**An official print of this initial NFT, named “Quantum,” by Kevin McCoy, is presently being auctioned off by Sotheby’s.”

Best of luck to all bidders. **”After the auction concluded on June 10 with the winning offer of $1.47 million, EarlyNFT alleges he phoned Caroline Moustakis, Sotheby’s SVP.”**

He asked that the corporation change the item’s information to reflect the fact that it is a licensed print. Notably, he did so after the conclusion of the auction. One concern is whether the buyer was aware of these antics prior to the August transfer of the Ethereum token. This might account for the delay. We requested information from Sotheby’s but didn’t get a reply in time for publishing.

A lawsuit of this kind might considerably increase interest in Quantum NFTs. This may benefit both the buyer and Kevin McCoy, who receives a percentage of any future Ethereum NFT transactions. Sceptics will cite this as another proof that the blockchain ecosystem is a wild west and that NFTs are trapped in a ludicrous bubble. Insatiable greed seems to be a more accurate depiction. However, this scenario has a significant resemblance to domain names and maybe cybersquatting. On one side, this is an odd example since NameCoin has certain peculiar characteristics. On the other side, it exposes possible difficulties associated with transferring NFTs across blockchains. 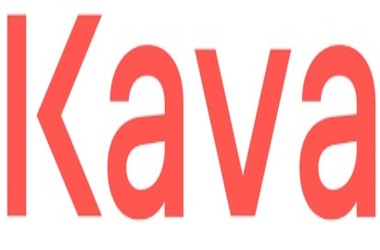