The disclosure has come against the backdrop of Centre’s initial blacklisting of an Ethereum address holding USDC stable coin worth $100,000. Ethereum researcher at Horizon, Games Philippe Castonguay, utilized Dune Analytics to setup a dashboard that monitors several addresses blacklisted by both Tether and Centre.

One of those black listed addresses holds USDT worth more than $4.50 million, the highest so far.

Much like blacklisted addresses holding stablecoin USDC, Tether addresses that are blacklists will not be able to deal with Tether and crypto tokens in the address will get frozen.

Turns out 39 addresses have been banned from using USDT on Ethereum as of now. Made another dashboard to keep track of USDT bans here:https://t.co/uuQd1kW28Y https://t.co/sUAw5hnWur pic.twitter.com/72G7OKNlfI

Stuart Hoegner, General counsel of Bitfinex, regarded as associate firm of Tether, stated that Tether has joined hands with multiple law enforcement organizations across the globe and blacklists addresses as and when necessary:

“Tether routinely assists law enforcement in their investigations… Through the freeze address feature, Tether has been able to help users and exchanges to save and recover tens of millions of dollars stolen from them by hackers.” 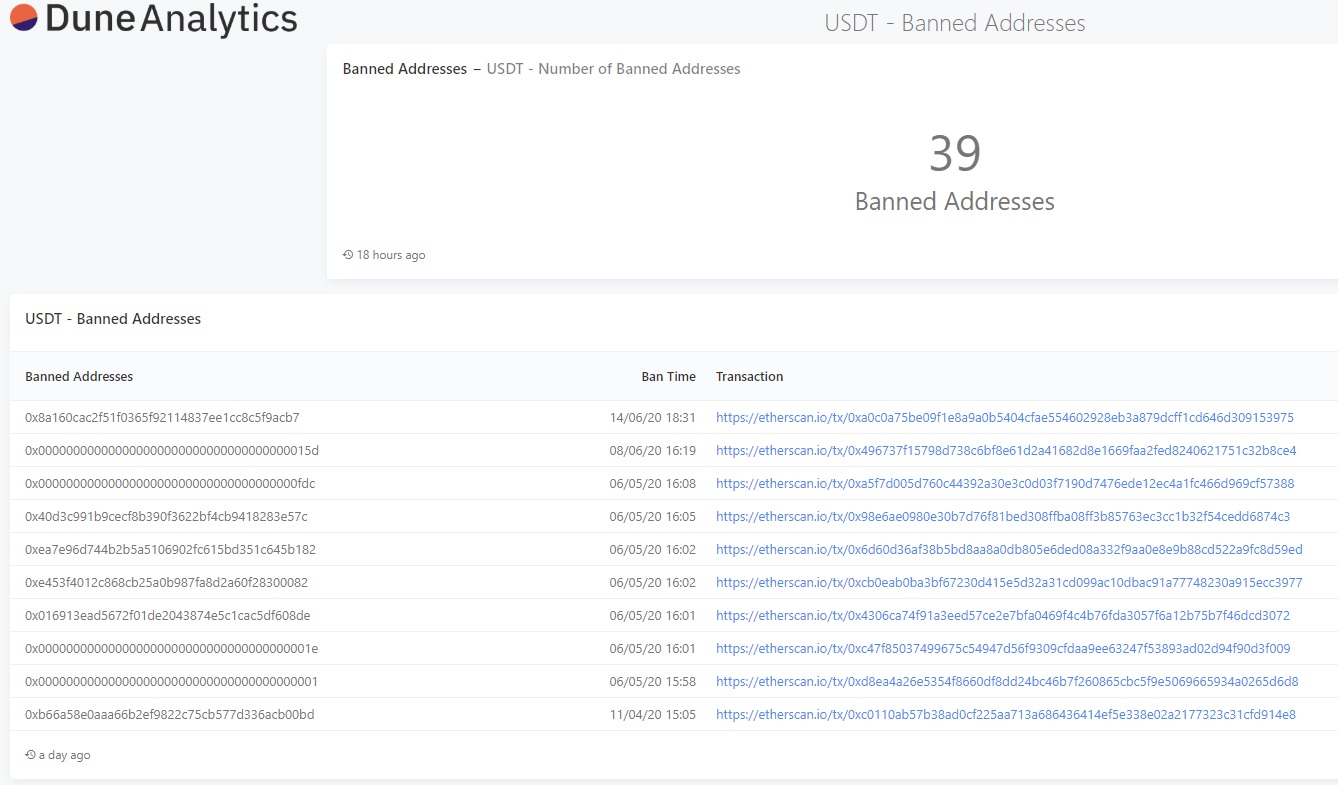 Eric Wall, CEO of Arcane Assets tweeted that the latest freeze happened on June 14, involving 939,000 USDT received from Binance. The blacklisting of address took place 22 hours after the USDT was received. Additionally, Wall stated that most of the freezing actions were precautionary:

“Most other freezes seem to have been made on Ethereum accounts either for precautionary reasons (possibly identified as scams/Ponzis) or in error/to protect others from making errors (like freezing 0x000…0001). 3 addresses were unfrozen after the freeze.”

The latest development has increased the lack of trust on central organizations in crypto sector, with unfriendly stance on stablecoins, particularly those which are censorship resistance.

A Twitter user responded to the comment posted by Castonguay by pointing out that Dai (DAI) and sUSD are the only two censorship resistance stablecoins.

Question is who have made those bans? Where is censorship resistance?