TRON founder Justin Sun has scheduled his $4.6 million lunch (#PowerOfOneLunch) with Warren Buffett, nicknamed “The Oracle of Omaha,” on July 25. Notably, the venue of meeting has been changed to Silicon Valley, instead of Manhattan. In other news, Justin Sun and some of the popular names in the cryptocurrency arena will take part in the first annual TRONbet Poker Tournament, referred to as Binance Charity Poker Cup.

The money generated from the game will be used to assist underprivileged children who do not get adequate nutritious food and proper education in poor countries. The support will be offered under the “Binance for Children” initiative started by Binance Charity Foundation (BCF).

Yesterday, Sun tweeted that the meeting with billionaire investor Warren Buffett will happen in San Francisco. Sun revealed that the venue was chosen to highlight the homeless issue faced by the city. The $4.6 million paid by Sun for the annual charity lunch with Buffett was the highest amount ever paid for the event.

The 20th annual @eBay #PowerOfOneLunch with @WarrenBuffett will take place July 25 in #SanFrancisco! We decided to move this year’s lunch to a restaurant in the Bay Area to further shine the spotlight on @GLIDEsf‘s amazing charitable efforts! More details coming soon!

San Francisco-based charity organization, Glide Foundation, was backed by Buffett’s late wife Susan. Glide supports homeless by offering them food and also assists victims of domestic violence.
When Sun outbid everyone last week, the venue for the lunch was Smith & Wollensky, a steakhouse in New York. However, Sun made a conscious decision to change the venue.

However, Sun is determined to promote cryptocurrencies to Warren Buffett, who had discarded Bitcoin by calling it as “rat poison squared.”

Buffett has also consistently called Bitcoin and all cryptocurrencies as worthless and merely an asset for gambling. More importantly, he forecasts that crypto will eventually fade to oblivion.

Sun has acknowledged that it is quite impossible to bring a drastic change in Buffett’s stance on cryptocurrencies, but expects the latter to soften his position at the end of the lunch.

Sun said “We want this lunch to be a bridge between the cryptocurrency community and the traditional investor. It might be unrealistic to convince Warren Buffett, just in three hours, to buy cryptocurrencies. But we want to show him the recent progress of cryptocurrency and blockchain technology.”

Sun also sought to allay concerns of crypto enthusiasts that he would only use the lunch to promote Tron crypto and blockchain. Sun hopes to act as an ambassador to the entire crypto sector.
Sun said “It’s not only about Tron itself. It’s about crypto and blockchain, the whole industry.”

Notably, Sun is quite happy to shell out $4.60 million for the lunch as he has reaped rich dividends by following Buffett’s investment strategy.

Sun Said “I’ve made lots of money from these strategies. So this is like a payback to Warren Buffett.”

Some followers of Sun had suggested the lunch to be scheduled at Omaha, Nebraska, the home town of Warren Buffett.

Notably, at 9:00 AM PDT tomorrow, the charity poker game organized by TRON and Binance will be hosted on TRONbet blockchain poker platform. The nine players, whose names have been provided below, will play a two-hour poker game. The live-streamed game will carry prize money of 1 million TRX, or roughly $25,000.

Eight of the participating players have been announced while the one remaining player will be chosen by public auction. The winner will not only be able to participate in the game but also have the opportunity to visit TRON office with Justin Sun. Additionally, a raffle draw to be conducted after the tournament will carry a reward of Limited Edition 18k Gold Plated Litecoin Foundation Nano S, and many more things.

The money generated from the auction and raffle will be donated to Binance Charity Foundation, which is arranging meals and education materials for children in African nations. Individuals interested to bid for poker game or purchase raffle tickets can be visit the custom built website.

Viewers are also invited to contribute directly to Binance Charity Foundation in the form of BTC/ETH/BNB. A donor can fill the requisite form and then visit the BCF website to complete the process.

The players who have confirmed their participation are as follows:

Furthermore, TRON has decided to reward 0.005 LTC for every “retweet” and 100 TRX for every “like” on the tweet about the charity event whose details will be published on June 15. Details regarding donations are put up on binancecup.tronbet.io. Once the event ends, all donations will be displayed on Binance Charity website.

TRON, Binance Charity and eight other players who have confirmed their participation are committed to further advance the ability, transparency and capability of blockchain-based charitable donations and strive towards the creation of a highly trusted global charitable program.

Regarding the participants, Sun said “We’ve assembled some of the biggest names in the blockchain space and some high-powered supporters of the charitable good blockchain can accomplish to give back to communities that need it most.” 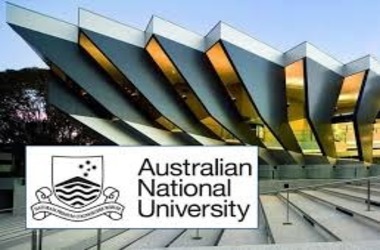