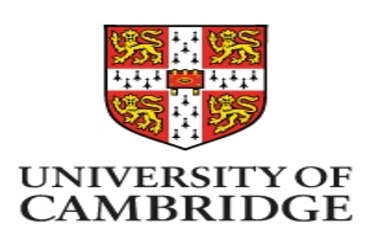 A new Cambridge centre will bring together computer scientists and conservation scientists to develop a decentralized marketplace for carbon credits and to promote global reforestation initiatives, according to the University of Cambridge. The United Nations Conference on Climate Change (COP26) has committed to halt deforestation by 2030, but there are significant obstacles ahead in terms of funding and verifying progress toward this objective.

In order to create a decentralized marketplace for verifiable carbon credits, the Cambridge Centre for Carbon Credits (4C), which will be built on the energy-efficient Tezos blockchain, will use a combination of artificial intelligence and satellite sensing. In order to improve nature-based solutions (NbS) for the preservation of biodiversity, the program strives to address the issues associated with the acquisition of carbon credits.

There are two primary goals for the Cambridge Centre for Carbon Credits (4C), which is housed in the Department of Computer Science & Technology and the Conservation Research Institute: to provide support to students and researchers working in the relevant areas of computer science, environmental science, economics, and other related fields; and to develop a decentralised marketplace where purchasers of carbon credits can confidently and directly fund trusted nature-based projects.

In order to support a sustainable future through technology, the Centre will create its decentralized marketplace on the energy-efficient Tezos blockchain, which works sustainably. This is in accordance with the Centre’s vision to support a sustainable future through technological innovation. The marketplace’s ultimate purpose is to dramatically expand the number of genuine nature-based conservation and restoration initiatives by channeling funds towards them through market-based instruments, which are currently in development.

In order to mitigate the most severe consequences of climate change, nature-based solutions, particularly forests, must be implemented as soon as possible. Governments and the general public are increasing their pressure on the international community to quickly implement a global program of well-executed nature-based solutions (NbS) to sequester several gigatonnes of carbon each year and safeguard biodiversity.

Current NbS efforts, on the other hand, are impeded by a chronic lack of finance. “Current accrediting systems that assess and report the value of carbon and related advantages such as biodiversity conservation and poverty reduction provided by NbS are expensive, time-consuming, and inaccurate,” stated Dr Anil Madhavapeddy, Director of the Centre for Carbon and Related Benefits.

“These systems have eroded public confidence in NbS carbon credits.” We require a decentralized marketplace where consumers of carbon credits may reliably and directly fund trusted nature-based projects in order to achieve our goal of carbon neutrality. And it is this void that the Centre seeks to fill.”

The Centre will assist 12 PhD students and postdoctoral associates, as well as make an investment in the development of a scalable and trusted NbS marketplace prototyping platform. To examine environmental risk, researchers from the Departments of Computer Science and Technology, Zoology, and Plant Sciences will be supported by the Centre, as will researchers from the Centre for Doctoral Training in Artificial Intelligence.

‘Conservation techniques are becoming increasingly broad in scope,’ says Professor David Coomes of the University of Cambridge Conservation Research Institute. “Large datasets, remote sensing technology, and computational approaches are all being used to enhance conservation efforts. A groundbreaking initiative, the Centre for Carbon Credits will bring together computer scientists and conservationists in a way that has never been done before.”

“The recent announcement at COP26 of a new commitment to halt and reverse forest loss and land degradation by 2030 underscores the critical role forests play in carbon capture and the overall health of our world,” said Andrew Balmford, Professor of Zoology at the University of Cambridge.

“In addition, the new Centre will play a vital role in supporting critical research to establish new, trusted mechanisms to assist forestry programs.” Professor Ann Copestake, Head of the Department of Computer Science and Technology, commented on the collaborative nature of the Centre, saying, “In the last few years, we’ve been increasing our emphasis on the use of computer science techniques and technologies to help address the climate emergency and the biodiversity crisis.”

“We are happy to be bringing together our research skills with the expertise in environmental science that exists across the University of Cambridge, and we look forward to working together. We hope that the work produced by this interdisciplinary partnership will set the groundwork for concrete answers to some of the world’s most pressing environmental problems.”